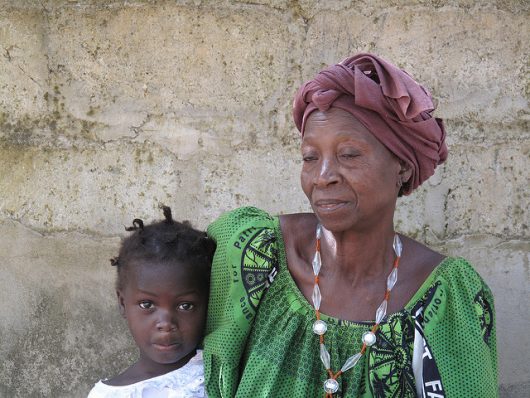 Geographically engulfed within the western African country of Senegal lies The Gambia, a predominantly rural country with a population of roughly two million people. The country is largely dependent on agriculture, an industry that employs 75 percent of the population and accounts for a third of its GDP. Unfortunately food insecurity is prevalent and the region is becoming increasingly susceptible to harmful climate events: two inescapable factors that have become causes of poverty in the Gambia.

As of 2014, the United Nations Development Programme’s human development index ranked it the 172nd poorest country out of 186. While the causes of poverty in the Gambia are numerous, the two root problems are an overall lack of economic diversity as well as inadequate agricultural proficiency and productivity.

Main Causes of Poverty in the Gambia

Economic Diversity:
Solving the lack of economic diversity would require systematic changes within Gambian society to sufficiently address, but doing so would inherently solve many of the financial problems in the country. Currently, 20 percent of the country’s GDP comes from remittance inflows, and the only other industry that has any considerable stake in the economy is tourism. Due to its proximity to both the Atlantic coast and Europe, it is one of the most frequently visited countries in western Africa. While this industry has typically accounted for about 20 percent of the GDP, it has recently declined due to travel concerns caused by the 2014 Ebola outbreak.

Agriculture:
Agricultural causes of poverty in the Gambia can be described as a symptom of the disease, because the failure to implement programs or institutions that would foster private sector growth has essentially forced the majority of the population to sustain themselves solely through agriculture. Despite this, crop yields and farming practices are typically insufficient. To make matters worse, there is a lack of access to land and water, the water available for agricultural use is often improperly managed, soil fertility is decreasing and inconsistent weather-related crop failures are a common occurrence.

Health Outcomes:
Other, less fundamental causes of poverty in the Gambia include a 45 percent illiteracy rate, a 1.7 percent adult prevalence rate of HIV/AIDS and an extremely high risk of contracting infectious diseases. Gambians have extremely poor access to proper healthcare; there were 1.1 hospital beds for every 1,000 Gambians in 2011. Among other things, there has been drastic population growth in combination with one of the highest infant mortality rates in the world and child labor is also common, with an estimated 25 percent of children ages 5-14 employed.

Unfortunately, things do not appear to be improving for either the Gambian government or its citizens in recent times. In 2016, substantial contraction of the GDP took place due to a border closure with the neighboring country of Senegal, leading to a budget deficit of -10.4 percent, low agricultural productivity, decreasing rates of tourism and a limited capacity for foreign trade.

Fortunately, elections also took place in 2016 and the newly elected president, Adama Barrow, has expressed his commitment to revamping economic policy as well as public policy as a whole. He has advocated for reducing the deficit, consolidating debt and reforming public institutions. While these are certainly long-term goals, they are changes desperately needed in order to improve the safety, well-being and hopes of future prosperity for the Gambian people in the years to come.