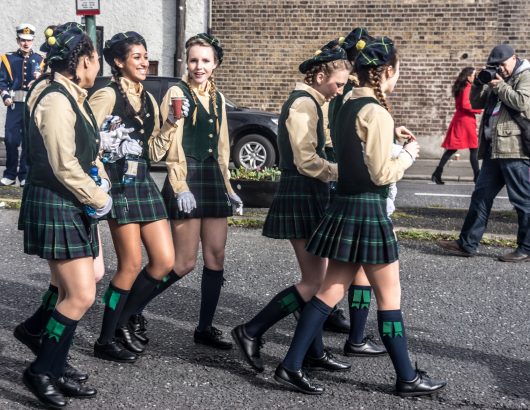 Education in Ireland is incredibly competitive and important for the future of students. Students are tested on a variety of subjects, including the Irish language, and their scores on one test determines their entire career path.

Education in Ireland mandates that children attend school from ages six to 16. But, most children attend free childcare/pre-school services between the ages of four and five. Then students move on to primary school and then secondary school.

Students who take the Traditional Leaving Certificate have their future laid out for them from those tests. Students are tested on six subjects and students must score 90% or higher in each subject if they hope to pursue any medical, or law degrees, and so on. Students must get a 70% in order to study history or English literature in university. This test determines what subject students are allowed to study and if students are allowed to even go to college. Students who do not make the correct scores for their dream jobs simply cannot practice that profession anymore.

Because of the recent recession, education in Ireland has changed trends. More and more students are attempting to go to university after secondary school because of the poor job market. And because it is so difficult for students to get into the major of study they desire in universities, there is a gap left that welcomes foreigners to enter and take the jobs that Ireland needs such as doctors and lawyers. Education in Ireland is intimidating for students and encourages others to work in Ireland, but leaves the Irish to fend for themselves.