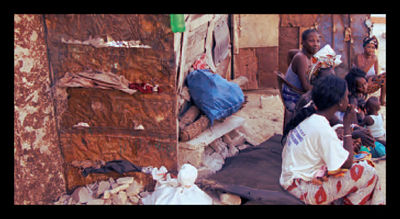 Senegal is a geographically and culturally diverse country with 5 languages, a desert in the north and a tropical climate in the south. This all exists within a country about the size of South Dakota. Praised as one of the most successful democracies in Africa, Senegal is making progress on many of the World Bank indicators of decreasing poverty. Yet, poverty in Senegal persists.

Challenges
Senegal still faces many of the challenges that are commonplace on the continent. Extreme weather causes crop failures, impacting the strategic economic sector of groundnuts. A ban on street beggars has taken the only source of income from many families, essentially hurting those the ban was supposed to help. Former dictator Chad Hissène Habré awaits trial, accused of ordering thousands of political killings in the 1980s.  Additionally, a “long-running, low-level separatist war in the southern Casamance region” impacts the residents and detracts from the political cohesion needed to tackle a wide range of health and education problems. These are just a few of the high-level political and economic challenges facing this country.

Improvements
Despite the difficult political, economic, social and geographic terrain facing this country, there has been steady progress over the last few years. According to World Bank data, primary school enrollment has been steadily increasing to 86%. CO2 emissions are slowly but steadily decreasing. Also, the percentage of the national population living below the national poverty line is at a 10 year low.

Poverty facts and figures
A segment of the Senegalese population suffers from chronic poverty. Chronic poverty is defined by the Chronic Poverty Research Center as poverty lasting many years and possibly over multiple generations. The chronically poor are “often multi-dimensionally deprived and may experience preventable deaths early (and so are not even counted).” In Senegal, chronic poverty has marred the last 80 years of progress. There are more chronically poor than transitional poor (people who move in and out of poverty) or the non-poor. A report by the Chronic Poverty Research Center found that not only are 60% of households “poor or vulnerable” but that there is a possibility that the poverty will be passed on to the next generation.

Events such as “loss of harvest, conflict, theft, flooding, divorce, loss of spouse, and/or loss of capital” drastically increase vulnerability. While there is little mobility between life-stages, the youth are more likely to escape poverty. Additionally, “older women [are] less likely to live in chronic poverty than their male counterparts.”

There are several other strongly correlated factors. First is an ethnic correlation. The minority ethnic groups Pulaar and Sereer are at an 83% risk of poverty, with the Dolar face an 80% risk of becoming chronically impoverished. The results on the geographic correlation to poverty yield that rural households are more likely to suffer from chronic impoverishment. Lack of education and child-labor is also strongly linked to poverty, particularly chronic poverty in Senegal.

Strategies
Social networks are an important social safety net in Senegal. Households often include multiple families who share resources and risks. The Chronic Poverty report suggests that the social network must play a key role in “developing human capital, agricultural investments, and improving food security, particularly in rural areas.” Entrepreneurship needs to be enabled via “endogenous development” in order to link development from villages to the national level. A multi-sector inclusive approach is necessary because of the currently limited economic base.

Despite the uphill battle Senegal faces in reducing poverty, progress is being made and the momentum is being put to good use. Strategies for reducing poverty are being implemented by the World Bank and the United States Peace Corps with measurable results.