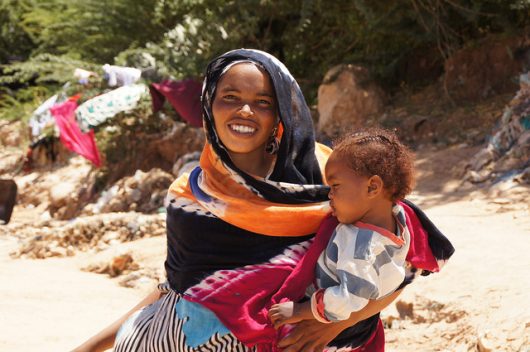 Twenty years of conflict have led to conditions of abject poverty in Somalia, with the destruction of infrastructure, economy and institutions.

Due to independent governing bodies, two areas, Somaliland and Puntland, experience more stability with regard to socioeconomic conditions.

Somalia is one of the poorest countries in the world, with the 2012 Human Development Index putting it among the five least-developed of 170 countries. The poverty rate is currently 73 percent. Seventy percent of the population in Somalia is under the age of 30 and the life expectancy is as low as 55 percent. Unemployment among youth is widespread, as 67 percent of youth are unemployed.

Development is low due to the challenges posed by Somalia’s humanitarian situation and the high level of insecurity, which is another factor contributing to poverty in Somalia. The region is home to more than one million refugees, many of whom are living in conditions of abject poverty. Food prices went up by 300 percent, making it hard for most of the population to buy food. Food insecurity has affected more than two million people. One in eight children under the age of five suffers from malnutrition. Only 42 percent of children go to school. Livestock management is the main source of livelihood.

Poverty in Somalia and Child Mortality

In Somalia, 857,000 people require assistance. In 2014, Somalia was at the bottom of global health rankings in terms of maternal health, child mortality, education and women’s income and political status.

Poverty in Somalia is rooted in civil conflict and limited resources, natural disasters and lack of an active central government. The conflict has emerged between clans for the two basic resources: food and water. The situation has come to political power; whoever is able to claim leadership of a clan can have a share of the limited resources and political power.

Poverty in Somalia has intensified and there exists no easy answer to ending the spiral of conflict and insecurity, which are the roots of the poverty.