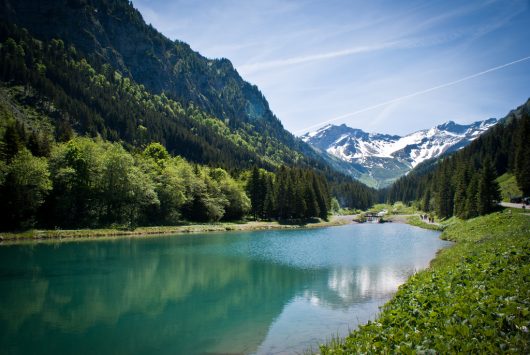 Liechtenstein, despite its small size, is a hub of economic activity, with one of the highest GDPs per capita in the world, growing at an annual rate of 1.2 percent. As Dr. Kristian Niemietz of the Institute of Economic Affairs reports, median gross wages in 2009 averaged £3,500 per month or $4,374. Today, that average is about $6,436.

Such high-income hints decreased poverty rates, but, unfortunately, statistics on poverty in Liechtenstein are practically nonexistent. Its strong standard of living, however, provides some significant insight.

The country’s unemployment rate is approximately 2.6 percent, with a Liechtensteinian at the 25th income percentile in 2009 earning a monthly wage of £2,700 or approximately $40,494 annually in U.S. dollars. In comparison, a U.S. worker at the 20th income percentile in 2009 was earning about $20,000 annually, demonstrating a vast difference between the two countries in what constitutes poor.

In addition, Liechtenstein boasts a strong education system that contributes to its wealth. Students benefit from small classes, typically at an average of 15 children, as well as highly motivated teachers that provide them with the skills needed for successful careers. Standardized testing is also regular, which helps to identify struggling students, who are provided with extra assistance through resources such as learning workshops and psychological support.

Such efforts are paying off. In a 2012 OECD education exam for 15 year-olds known as PISA, which stands for the Programme for International Student Assessment, Liechtenstein came in eighth place for mathematics, 12th for reading, and 11th for science.

Furthermore, Liechtenstein has a strong healthcare system. There is private healthcare available, but universal public healthcare is guaranteed. The Ministry of Public Health monitors health services, ensuring that medical standards are met and procedures run accordingly. A combination of skilled medical professionals as well as a small population means citizens enjoy high-quality healthcare.

Despite all this, Liechtenstein still struggles with equality, especially in regard to income. For example, the 2010 gender pay gap in Liechtenstein was about 17.8 percent. One possible solution to this comes in calling for more female representation in the working world.