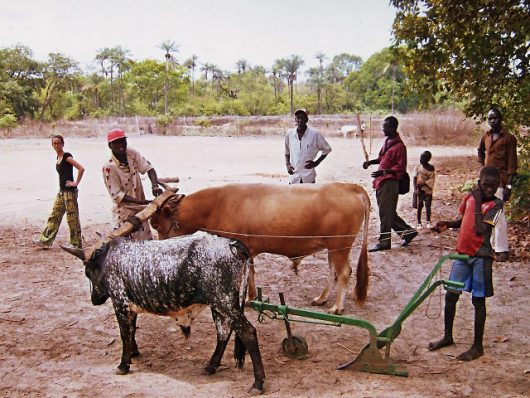 Political instability is the root of most evils in Guinea-Bissau. There is unrest because there is lack of successful governance. No prime minister has lasted more than a few consecutive months, which shows the uncommitted approach that that has led to a country unable to develop out of dreary conditions. Guinea-Bissau has experienced two coups and a civil war, both of which have affected the political atmosphere in extreme ways. The political atmosphere, in turn, affects the economy. Citizens are not given adequate services or wages, and there is very little regulation of the economy and agricultural practices. In this way, the main causes of poverty in Guinea-Bissau stem from political instability. When a country does not have a functioning government, its economy cannot function either.

Most of the country’s agricultural sector is focused on the production and exportation of cashew nuts. The cashew nut industry provides 85 percent of all jobs, so when this production slows so do a number of jobs available. The number of exports has declined because of competing countries that export the same commodity and the overall underdevelopment of the industry. Production could triple with the implementation of new infrastructure and technology and still be behind international competitors.

The lack of exportation in the cashew nut industry causes economic difficulties on many scales. On a small scale, families are not given as many work opportunities, making it difficult to generate enough funds to live. On a larger scale, funds from the exportation of commodities, such as cashew nuts, are lacking. Unable to generate sustainable revenue, Guinea-Bissau’s economy is underdeveloped.

The main causes of poverty in Guinea-Bissau are most closely associated with political unrest and an insufficient economy. Guinea-Bissau is unable to be economically successful, relying mainly on foreign aid. Agricultural practices can be improved with the implementation of modern infrastructure that speeds up the process and develops the industry. It is important for the U.N. and international financial institutions to coordinate in the absence of a functioning government in order for Guinea-Bissau to further develop.