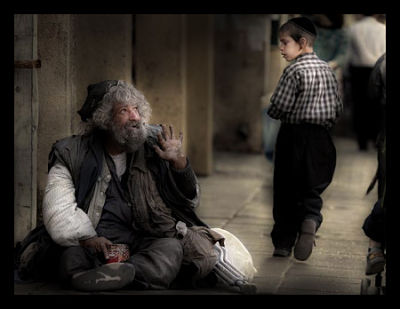 A study by the Organization for Economic Cooperation and Development (OECD) reported that out of 34 developed countries, Israel has the highest poverty rate. The newspaper disclosed that 20.9% of Israeli citizens are currently living in poverty. In addition to staggeringly high numbers of impoverished people, Israel also has one of the largest inequality gaps in the developed world.

The OECD speculates that these struggling economic times have greatly contributed an increase in poverty rates as well as a greater gap between the rich and poor. The organization notes that the inequality gap grew more in the past three years than in the twelve years before then.

As expressed in OECD’s report, “With higher unemployment and lower returns from capital, the crisis not only weighted heavily on incomes from work and capital but also made their distribution more unequal.” There are only a few other countries that are rated higher than Israel in income inequality: Chile, Mexico, Turkey, and the United States.

Israeli Prime Minister Benjamin Netanyahu has recently been under scrutiny over his prodigal spending habits with taxpayer money. Among his expenses have been an 80% pay raise for himself and a $127,000 cabin for a trip to London. The struggling Israeli population heavily criticized his actions. The Prime Minister also plans to cut funding for benefits and child allowance, which is likely to put even more families below the poverty line.

Israel is among those developed countries that are particularly struggling with a massive inequality gap. The Israeli government must step in and create policies that will bring these people out poverty and shorten the gap between the rich and poor.