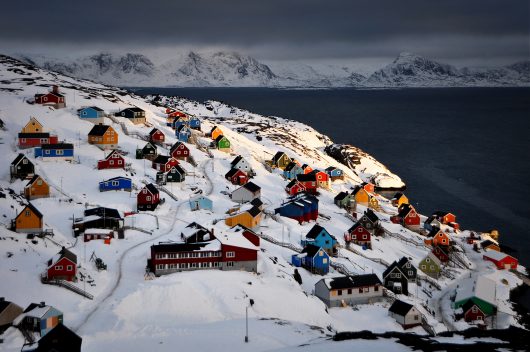 Located between the Arctic and Atlantic Oceans is the world’s largest island, Greenland. Ironically, it is also the least populated country in the world, with about 57,728 people as of July 2016. Nevertheless, it is not safe from the problems that plague the world today. The Central Intelligence Agency reports that 16.2 percent of the population lived below the poverty line in 2015. This is a serious problem, given the country’s already small population.

Famous for its Arctic landscapes in the north and sheep farms in the south, Greenland is often a tourist destination, with tourism having grown 20 percent in 2015 and 2016.

However, what countless people do not see when they travel to Greenland is the poverty and the helplessness of individuals around the country. The signs of poverty in Greenland are the same as everywhere else. The inability to afford food and inadequate living conditions are rampant. Furthermore, Project World reports that “many people in Greenland do not have water or sanitation capabilities in their homes, particularly in rural areas, because there is no national grid to supply these services”. Additionally, climate change is affecting the daily lives of indigenous people who live in the Arctic region, as global warming causes erosion, which destroys homes and heritage sites.

Approximately 88 percent of Greenland’s population is Greenlandic Inuit, an indigenous group of people. These people rely on traditional methods of obtaining food, which mainly include fishing, hunting and gathering. The Arctic Monitoring and Assessment Program reports that unpredictable shifts in the number of animals, “travel safety in changing ice and weather conditions present serious challenges to human health and food security”.

Many people wonder what contribution they can make to alleviate this suffering. The best way to eliminate poverty is by directly donating to organizations that support financially disadvantaged individuals. Global associations like UNICEF and the International Rescue Committee all work to eliminate human suffering in the world. While the latter focuses on refugees primarily, it also provides aid to people who live in disastrous conditions.

However, donations are not the only way to improve the lives of these people. Another method is fundraising. Many of these organizations support both large and small-scale projects that raise money for the association.

There is also the opportunity to educate. Many times, people do not realize that almost everywhere, there are people who cannot afford an appropriate living space, food, water and other essential resources. By attending city council meetings, starting a conversation with neighbors, or even visiting schools and universities to inform the community about the widespread poverty in the world, a huge difference can be made.

It is important to realize that such tragic circumstances can be prevented, as long as people come together to solve the underlying problem. These different methods of support all contribute to alleviating poverty in Greenland.

How Natural Disasters Hit the World’s Poorest the Hardest Why Is Kuwait Poor?
Scroll to top