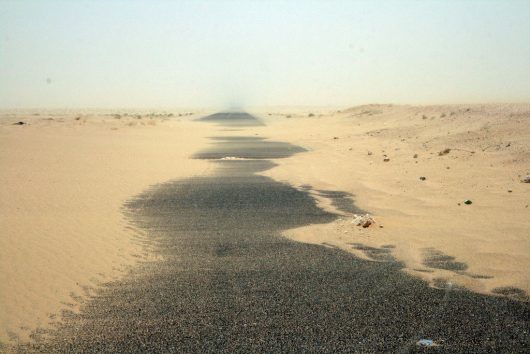 Kuwait, a small country located in the Middle East, is a country that tends to be stereotypically characterized as stricken with poverty. A common question that is asked is, why is Kuwait poor?

But this stereotype is not necessarily true. Kuwait is indeed small, but its oil reserves have made it one of the richer countries in the region. In terms of purchasing power, Kuwait’s GDP is ranked 55th in the world by the CIA World Factbook.

Due to Kuwait’s small population size, this success directly correlates to its people’s standard of living. As of 2016, Kuwait’s GDP per capita ranked 11th in the world at $71,900. This figure is much higher than many major economies such as the United States, which ranked 20th at $57,400.

Based on these figures alone, Kuwait appears not to be a poor country, but one of the most prosperous in the world. So, why is Kuwait poor? On the international stage, it is not. When one looks further, however, key figures may legitimize that question.

What is interesting about Kuwait is that the country’s poverty rate is extremely difficult to find. Neither the World Bank, the CIA World Factbook nor UNICEF have access to it, which raises a lot of questions. Why do these trusted international organizations not have this information? Is this information being withheld, and if so, for what reason?

Based on other metrics, it is hard to see Kuwait as a stereotypical poor country. The figures mentioned above related to GDP show that the nation as a whole is seeing economic success, and an unemployment rate of 3 percent suggests that its poverty rate must be low.

Still, the lack of specific data in this area is unsettling. If Kuwait is as prosperous as it seems to be, there should be no issue in providing data relevant to its poverty rate and income distribution. In order for the world to know for certain, the international community needs this data.

So, why is Kuwait poor? It technically is not poor, but that is not necessarily the right question to be asking. By asking questions regarding Kuwait’s poverty rate, its income distribution, and the general livelihoods of its people, we can better analyze the country’s successes, its shortcomings and its opportunities for growth long into the future.