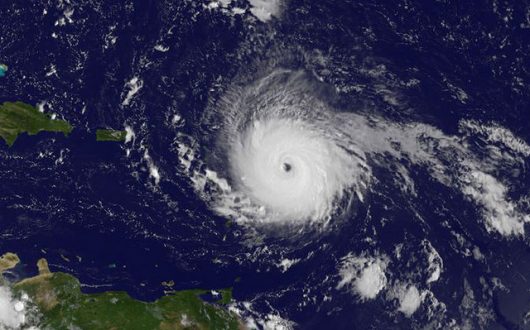 The aftermath of Hurricane Irma, which hit the Caribbean and United States in September 2017, along with the 8.1 magnitude earthquake that shook Mexico also in September illustrate the total destruction entire communities face when hit by natural disasters. Natural disasters have been proven to increase poverty and most adversely affect those who are already poor.

The category five Hurricane Irma made landfall on Antigua, the Dominican Republic, Puerto Rico, Barbuda, Guadeloupe and more, totaling over 10 Caribbean countries affected. In Barbuda alone, 90 percent of vehicles and buildings have been destroyed and many people have been left homeless. Because Barbuda is not as wealthy as other Caribbean countries, it cannot as quickly rebuild for its people, leaving its citizens more impoverished than ever.

Mexico’s 8.1 magnitude earthquake has also left many suddenly in poverty or more impoverished than they previously were. Many buildings were reduced completely to rubble, particularly in the town of Juchitan, which was hit hardest by the earthquake. Residents of the town slept in streets and parks following the earthquake to avoid aftershock and because of damages to numerous homes creating uninhabitable conditions.

Juchitan is located in Oaxaca, a rural region in southwestern Mexico, and one of the poorest areas in the country. Jorge Valenica, a reporter from Mexico City, discussed the damaging effects of the earthquake on Juchitan in an interview with NPR. He stated, “As with many natural disasters, the communities that get hit the worst sometimes are the communities that were already the most in need.”

The World Bank reports that poor people are so adversely affected by natural disasters because they are usually more exposed to natural hazards – i.e. their homes, if they have them, are not built as well, and they have less access to evacuation resources than those who are middle and upper class. Unfortunately, when the poor lose necessities like shelter, they typically do not have savings, family, friends or the government to fall back on. Even those who do not completely lose their homes often cannot avoid repairs and renovations due to new building standards created to make homes safer.

In light of the worsening of poverty in places hit by natural disasters, organizations such as Oxfam continue to work to provide basic needs to individuals, focusing upon hygiene and sanitation for those most affected by the storms. Oxfam’s main goal after Hurricane Irma is to contain and eliminate any cholera and other diseases caused by damage to water infrastructure, helping to keep people healthy. Natural disasters continue to hit the world’s poor the hardest, but even in the wake of a catastrophe, goodness, giving and help can be found.