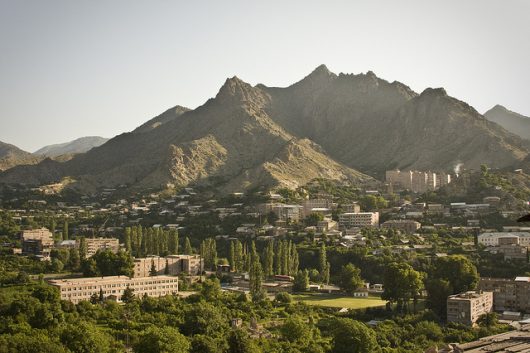 The countries that once made up the USSR are complex and differ in nearly every way. During the most of the 20th century, however, they were ruled over by one central government. Since the peaceful fall of the regime, the Soviet Union has splintered into the different countries we know today, connected via the Commonwealth of Independent States. Although poverty in former USSR states has generally decreased when comparing the rates of today to the past, this does not mean that the road to alleviating poverty in former USSR states was easy.

For many of the former “-stan” countries, for example, the fall had a rather negative effect on those economies. Turkmenistan became a dictatorship whose elections were not deemed fair and democratic. As a result, the country became very corrupt. Uzbekistan was not ruled by a dictatorship, but corruption inside the country is very high, making foreign aid difficult to administer. Furthermore, due to a highly controversial massacre of protesters in the country in 2005, it is the only country to have cut ties with the Western world. Tajikistan suffered a civil war right after the collapse. Kazakhstan, on the other hand, is different. The country has grown its economy since its independence due to its robust energy industry. Except for Turkmenistan (no data) and Kazakhstan (2.7 percent), every single one of the countries has a poverty rate of about 20 percent or higher.

For the countries located between the Black and the Caspian Seas, the state of poverty does not look much better. Armenia has a poverty rate of over 30 percent due to political instability, while Georgia experienced a civil war that created a few frozen conflict zones (South Ossetia and Abkhasia). Azerbaijan was spared any wars and has plentiful oil fields from which to grow its economy. Alas, corruption is very high in this country as well.

The countries in Europe, however, have done relatively well. Estonia is rated as the least poor of the countries (despite a 20 percent poverty rate) due to embracing the free market system and capitalizing on electronics. Latvia has also grown its GDP. Although it is poor, it proved itself immensely resistant to the 2009 recession and recovered very quickly while putting itself onto a path to join the EU. Moldova, however, has been suffering for two decades because of political instability, leading to the self-proclaimed state of Transnistria forming within the country. Now though, it is on its way towards EU membership, with a poverty rate of about 10 percent.

Ukraine has actually had a fairly peaceful transition into post-Soviet politics, making the 2000s a prosperous period for Ukraine. Although recent events in the country make it sound like a dangerous place, the poverty rate is in fact at only 6.4 percent. Finally, Belarus, arguably the worst country to live in after the collapse of the USSR. The country has been led by a dictator, Alexander Lukashenko, since its independence. The country has been graded as having the worst human rights of all the countries summarized in this article, making foreign aid questionable. Still, the poverty rate is supposedly at only 5.1 percent.

Overall, such a quick summary of each country cannot completely summarize the state of poverty in former USSR states. Every country is independent, making their political outcomes as varied as any group of countries in the world. What we can learn from this information is that whatever past a country might have had does not predict how it will perform in the future in regards to poverty. Those states that have succeeded in transitioning and becoming more wealthy have set a good example. Now it is up to the oppressive and poor countries to learn from this and grow.