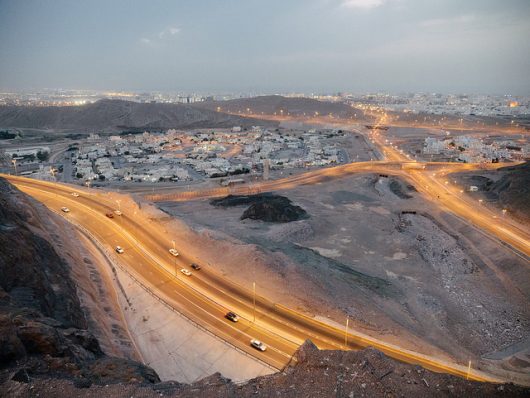 Oman is the oldest independent state in the Arab world, which has existed since the mid-17th century after the expulsion of the Portuguese. It is an absolute monarchy, ruled over by the Al Said dynasty for centuries. It is a nation that is rich in natural resources (especially oil) but, unfortunately, almost one-fourth of the people of Oman are unemployed.

Oman relies heavily on its oil production for economic growth and high oil prices until the recent past were what boosted its economy. However, the problem with an oil-based economy is that it is unsustainable because of the inevitable decline in oil production and fall in its prices. Oman, like other oil-rich countries in the Middle East and Africa, has been experiencing the negative effects of this decline in prices and oil production.

It is feared that due to “the global economic slowdown, the recession in Europe and the economic slowdown in China and elsewhere, oil prices are not going to increase.” Consequently, there has been an increase in job insecurities and frustration among the people of Oman. In 2012, the unemployment rate was 25 percent. It is expected to increase if the government does not create employment opportunities in the public and private sectors.

In 2011, the people of Oman, with changes underway in the region due to the Arab Spring, protested against the government, demanding economic and political reforms. The government responded with a police crackdown on protestors as well as taking measures to placate people by creating public sector jobs and raising wages.

Analysts believe that the result of raising wages in the public sector is not encouraging, for two reasons: One is that it has brought pressure on the budget, which is already strained by the decline in oil prices and production. The second is that the increase in wages in the public sector has also proved to be a hindrance to private sector growth. In order for economic diversification to take place, which the country needs, Oman needs to create more jobs in the private sector.

The positive news, according to the 2016 Word Bank Economic Outlook report on Oman, is that the country’s overall real GDP growth is expected to slightly recover “as a gradual recovery of oil prices improves confidence and encourages private sector investment.” Further, trade and investment opportunities with Iran are also expected to increase as sanctions are lifted. There is hope that these and other measures will bring help to the people of Oman in terms of job security.