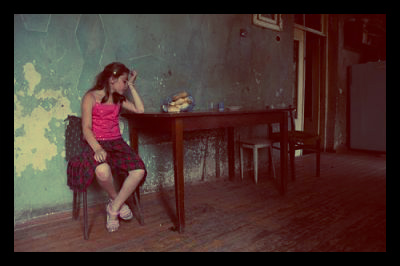 Landlocked between Azerbaijan, Turkey, Georgia and Pakistan, the country of Armenia has faced economic hardships since the collapse of the Soviet Union in 1991. Between 1989 and 1999, warfare with Azerbaijan and tensions with Turkey have led both countries to impose economic blockades against Armenia; an international settlement has yet to happen. The country’s main source of trade occurs across the border shared with Georgia and into Russia.

Despite some growth and improvements from bilateral humanitarian efforts, Armenia faces several economic and food security challenges. Though Armenia’s gross domestic product growth rates have reached double digits in recent years, this is largely attributed to the widening of the poor-rich gap and the uneven distribution of wealth. Areas of poverty in Armenia are concentrated in rural areas and the country’s borders. Harsh winters, infertile and highly elevated lands and a lack of agricultural diversity have hampered Armenia’s goal of achieving economic sustainability.

The United Nations Development Programme (UNDP) reports that levels of poverty in Armenia have halved from 56.1 percent in 1999 to 23.5 percent in 2008. Though promising, the hard fact is that about 48 percent of the country’s population was below the poverty line of $2 per day in 2008. In 2006, a severe lack of funding forced the World Food Programme to cease its food aid operations in Armenia. Already dire conditions for the country’s most vulnerable people worsened.

In addition, USAID has partnered with several inter-World Bank and IFC Armenian initiatives to provide extensive technical assistance as well as monetary aid to the bolstering of water safety, road construction and the modernization of healthcare and the public sector.

The United Nations Food and Agriculture Organization is also supporting the Armenian Government in the improvement of food safety; methods involving training government assessment personal and educating rural farmers. The World Bank has invested $1.746 million to dozens of projects in Armenia, focusing on job creation and again economical competitiveness. The World Bank has since renewed its partnership with the Republic of Armenia for 2014 to 2017, paying particular attention to rapidly reducing both urban and rural poverty.

Armenia is one of the international success stories of multi-lateral humanitarianism. The country that crumbled economically two decades ago has seen vast improvements and is on its way to economical sustainability and independence, but only as a result of international collaboration and investments.