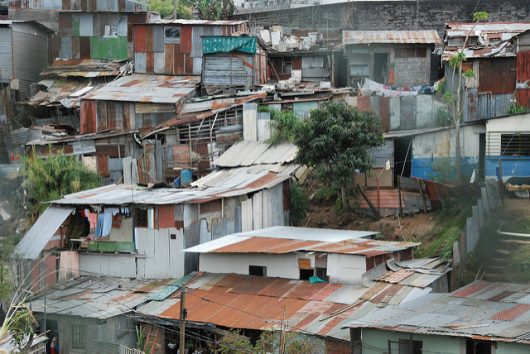 Poverty in Costa Rica remains an issue facing many people. The Republic of Costa Rica is a small country located between the Pacific Ocean and the Caribbean Sea. The country is greatly known for its tropical climate, which attracts millions of tourists every year. The sun, the sea and the nation’s wide variety of mountains and volcanoes have made the economy of Costa Rica mostly based on tourism.

Poverty in Costa Rica is not something that tourists often think about. Surrounded by the nation’s bountiful beauty, it is hard for many to believe that extreme poverty exists within what seems like paradise.

The unfortunate truth is that 1.1 million people currently live in poverty in Costa Rica. Most of the poor population in the country is situated within rural areas. The farther one goes from the metropolitan areas, the more poverty increases. Along with it, there is a lack of resources, fewer job opportunities and more.

The problem of poverty in such country does not end with the fact that over a million people suffer from it every day. The bigger concern is that such poverty has not been reduced for the past two decades.

Fortunately, initiatives have been taken in order to reduce poverty in Costa Rica. “Puente del Desarrollo,” or “Bridge of Development,” is a plan that took action throughout the years of 2015 and 2016, aiming to combine social programs into one bigger program. The program is still in action, and its goal is to help up to 54,600 families living below the Costa Rican poverty line by 2018.