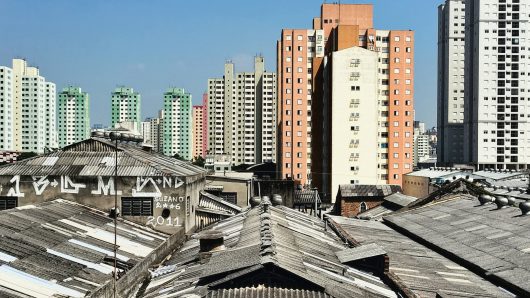 The definition of poverty in Latin America has multiple standards. Twenty years ago, foreign academic fields and institutions considered those with an individual monthly income of less than 60 dollars as poor and less than 30 dollars as extremely poor. In addition, economic development in Latin American nations vary, while their different standards on salary, labor productivity, and purchasing power indicate varied distributions on social wealth. There is no doubt that helping the poor in Latin America urges global attention. The current population of poverty rates in Latin American countries are unevenly proportioned, as it is as high as 50 percent in the Honduras and Guatemala, and as low as 5 to 10 percent in Chile, Uruguay and Argentina.

Poverty in Latin America stands for complex, chronic, chaotic events with cumulated difficulties to handle. Considering a representative nation with a significantly reduced poverty rate such as Chile, the successful experience is at least owing to two points. For one thing, continuous economic growth brings about more opportunities for employment, providing a solid foundation for helping people to overcome poverty. For the other, the government pays relatively high concerns on poverty issues and carries out certain measures to solve concrete problems related to the poor. Organizations guided by political leaders and officers of each level are dedicated to eliminating poverty and the national annual budget used for social welfare, takes a large proportion of their total expenditure. Looking at Chile as an example, it seems to be that a combination of both economic and social progress is needed in order to help the poor.

What are some other effective ways of helping the poor in Latin America? Besides the mutual efforts of individuals and governments helping the poor, other factors such as natural disasters, political unrest, and financial crises could easily aggravate the alleviated poverty reduction. As voices of experience, Latin American countries should regulate and execute social policies to help the poor with orientations on their actual needs and viabilities. Those individuals who are categorized as extremely poor must be prioritized, and the existing mechanism of economy also needs to balance assisting the poor and preventing reoccurrences of unemployment or poverty. Providing freedom of necessity on immigration, insurance, trade, and shelters require common agreement.

Poverty comes hand in hand with discrimination and inequality towards women in Latin America. It is a topic related to poverty treatment that cannot be emphasized enough. Distribution of wealth between genders is also uneven. Hence, governments must consider increasing the hiring of female labors, as well as leverage better welfare to single mothers and any family with multiple kids.

In sum, quite a few national and regional programs on helping the poor in Latin America have released poverty issues at certain degrees, with the root of poverty being originated from some kind of unfair distribution. The unique solution towards poverty is by means of fair distribution on social wealth. While justice of distribution requires a long way to go for helping and saving the poor in Latin America, decreasing instances of poverty is not impossible, involving important aspects of both national and social systems.