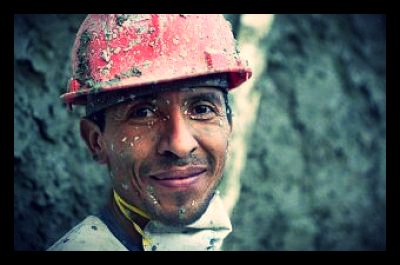 A Gallup poll revealed that Panama was one of the happiest countries in the world, followed by Paraguay and El Salvador. The poll interviewed people in 148 countries and asked about their experiences the day before. People were asked if they smiled a lot, if they felt respected and if they were well-rested.

Panama is one of the poorest countries in the world. Why are people there so happy?

Latin American countries focus on positives such as friends, family and religion despite the difficulties they may face in their daily lives. With the economic boom, including more jobs, resulting from the success of the Panama Canal comes increased traffic and crime. However, Panamanians choose to focus on the positives. People in the happiest, yet poorest, Latin American countries find joy in moral satisfaction more than in material goods, a mentality that is often not found in citizens within developed countries.

“Overall, I’m happy because this is a country with many natural resources, a country that plays an important role in the world,” Carlos Martinez said. “We’re Caribbean people, we’re people who like to celebrate, to eat well and live as well as we can. There are a lot of possibilities here, you just have to sacrifice a little more.”

State-of-the-art equipment, highly skilled doctors and reasonably-priced health insurance are just a few benefits of living in Panama. As a result of a good healthcare system, life expectancy is quite high in Panama – 74 years for men and 80 years for women.

The temperature remains at about 80 degrees Fahrenheit year-round. Furthermore, the country does not experience dry and rainy seasons. The weather, along with a developed pension system, draws retirees to the country. In 2005, Panama won first place in the global index of the most comfortable countries in the world. According to the American Association of Retired Persons and the organization “International Living,” the United States recognized Panama as one of the world’s four best countries to live in outside the United States.

Oxfam: 85 People Have the Same Wealth as the Lower 50 PercentWhere Greenhouse Gases Come From
Scroll to top