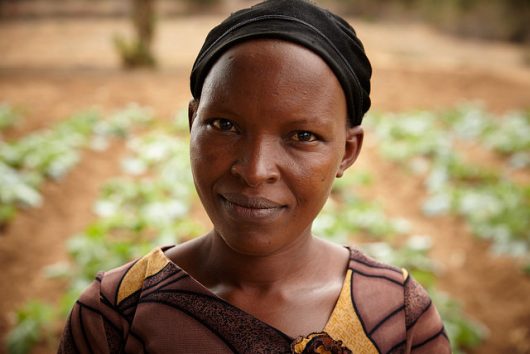 A December 2017 report published by the World Bank indicates that the percentage of Kenyan people living below the international poverty line has dropped significantly over the last decade. In 2005-2006, 43.6 percent of Kenyans were living on less than $1.90 per day. In 2015-2016, that number sank to 35.6 percent, a dramatic improvement.

Despite these findings, researchers maintain that it is doubtful that poverty in Kenya will be eradicated by 2030. So what exactly is behind the poverty decline in Kenya, and why will it not be enough to completely solve the problem in the future?

Since 2013, the public sector’s contribution to GDP growth has jumped from just 1.1 percent to 2.5 percent. This is largely due to ambitious projects undertaken by the Kenyatta administration, including the construction of a $24.5 billion northern trade route, the expansion of the Mombasa-Nairobi Standard Gauge Railway, the creation of the Lamu Port and the modernization of major Kenyan airports. These developments have opened up new opportunities for trade throughout the region.

Beyond that, Kenya has made incredible strides in providing basic needs to its citizens over the past few years. In 2013, only 27 percent of Kenyan households had access to electricity. This number skyrocketed to 55 percent, or 5.7 million households, by the beginning of 2017. The number of Kenyan households with access to improved water sources has also climbed from just 60 percent in 2005 to nearly 72 percent in 2015. In addition, Kenya is leading the way in households with access to adequate sanitation facilities among countries with similar poverty rates. These improvements are crucial to promoting economic growth because they are the cornerstones of basic health and well-being.

Another factor leading to the poverty decline in Kenya is the agricultural sector. According to the report, agriculture accounted for the largest share of poverty reduction in the past decade. The agricultural sector remains the leading contributor to Kenya’s GDP, and provided a sizeable boost to the economy with an average growth of 4.1 percent between 2011 and 2015.

However, this is problematic because farming is an unreliable source of growth. The success of crops is completely controlled by weather conditions, and drought is extremely common in Africa. Kenya witnessed the devastating impacts of relying on agriculture last year when its economy took a hit due to decreased rainfall levels. This instability is one of the reasons why experts say that poverty will not be eradicated by 2030.

An additional obstacle to the poverty decline in Kenya is the deterioration of the private sector. In recent years, GDP growth from private investments has slid from 1.3 percent in 2013 to negative 0.7 percent in 2017. This is partially due to the political instability that surrounded the presidential election in 2017, which led many to see investments in Kenya as a risk because the government seemed fragile. Another claim made in the report is that the increase in government spending led to “crowding out,” the discouraging of private spending due to a rise in interest rates.

Although poverty may not be completely eradicated by 2030, it is projected to decrease at the rate of one percentage point per year if current trends continue. Though there are some major challenges to overcome in the future, the poverty decline in Kenya is a promising sign for the country’s welfare.

Movies, Music and Tech: How the Media Misrepresents NigeriaWhat You Might Not Know: Facts About Refugees
Scroll to top