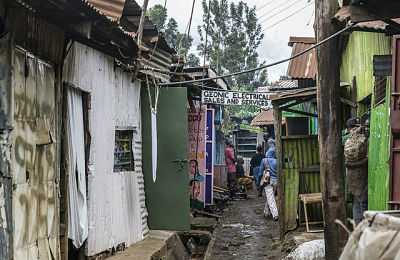 Between 2000 and 2014, the percentage of the urban population in developing countries who lived in slums decreased from 39 percent to 30 percent.  While these statistics are encouraging, the bottom line is that the number of people living in slums continues to grow. Globally, 828 million people live in slums today. This fact means that one in eight people in the world suffers from poor living conditions.

A slum, as defined by United Nations Habitat, is a household that may suffer one or more of the following conditions: lack of access to water protected from outside contamination, lack of access to sanitation facilities that separate human waste from human contact and lack of adequate living area (more than three people living in one room of four square meters minimum).  These conditions also include a lack of housing durability (the structure must be on non-hazardous land and must be able to withstand extremes in climate) and a lack of security of tenure (protection by the state to ensure the unlawful eviction of inhabitants of homes).

For the first time in history, more than half of the world’s population lives in cities. However, urban areas only account for three percent of the earth’s land. Over 90 percent of urban growth is occurring in developing nations. The increase of people living in cities can predictably rise to 60 percent in 2030 and to 66 percent by 2050.

There are approximately 200,000 slums throughout the world. Mexico City is the home to the largest slum in the world. The Neza-chalco-Itza province began developing in the early 1900s and today houses roughly four million people. A younger slum in Karachi, Pakistan is only ten years old and houses 1.5 million citizens over 22 square miles.

Some other large slums include Mumbai, India, where Dharavi houses one million people in one square mile. The slum of Khayelitsha began after abolishing apartheid in South Africa and grew since the 1980s to 2.4 million people. Fifty percent of its inhabitants are under 19 years old. Kibera, the second largest slum in Africa, has the highest population of more than 200 slum dwellings located in Kenya’s capital city of Nairobi. 2.5 million people dispersed amongst these 200 slum dwellings represent only six percent of the land in the city. Kibera houses 250,000 of these people.

Urbanization is a key focus under the United Nation’s Sustainability Development Goals. The eleventh goal on this list is to make cities and human settlements more inclusive, safe, resilient and sustainable. The task of establishing anti-poverty measures and reducing global poverty can improve the urban areas where the slums reside. When the poor no longer have to live in slums, their quality of life will improve.

A Global Issue: 5 Ways Climate Change Impacts the Poor 3 Ways Everyone Can Begin to Help the Poor
Scroll to top