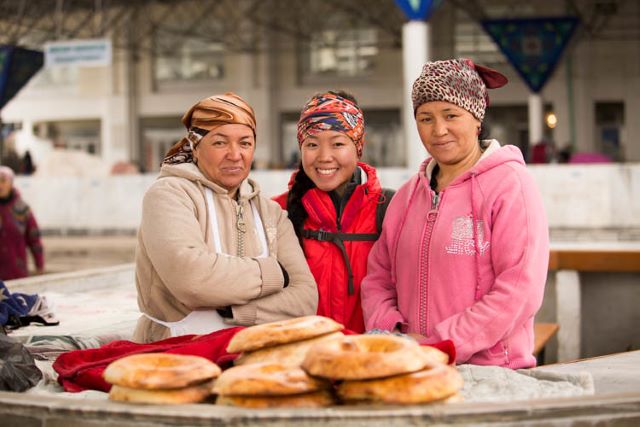 The Central Asian nation, Uzbekistan, has a population of just over 33.6 million. Recently, President Shavkat Mirziyovev made history, becoming the first Uzbekistani President to acknowledge the poverty epidemic in the nation. Mirziyovev announced that somewhere between four to five million people currently live in poverty in Uzbekistan. The administration subsequently constructed anti-poverty measures and efforts to boost the economy. One woman in Uzbekistan took initiative, investigating how Paulownia trees can aid in poverty reduction.

Sojida Jabborova, a Uzbekistani woman, observed both the poverty crisis within her country and the successful poverty reduction measures taken in China to create a plan. Under Mirziyovev’s reform campaign and insistence to study Chinese practices, Jabborova found the versatile Paulownia trees and entered the business world.

Each part of the Paulownia tree can be utilized to lift communities out of poverty. They are capable of adapting to poor soil, fertilizing it and purifying the air of harmful gases. Paulownia leaves can be used to feed livestock, they contain nectar for bees and other insects and their wood is sturdy enough to be used for houses and furniture. In 2018, Jabborova negotiated with Chinese business partners to deliver seeds and seedlings to Uzbekistan where they are now grown in experimental fields in four different regions. She has not stopped the investigation into how Paulownia trees can aid poverty reduction, continuing presentations and experiments on various products.

Once in office in 2017, President Mirziyovev began multiple reforms to lift Uzbekistan out of economic depravity and better the livelihoods of its citizens. Poverty reduction has moved to top priority in Uzbekistan as the government granted $700 million to be spent on anti-poverty efforts in 2020. The administration believes to reduce poverty in Uzbekistan, they must first address unemployment and bolster entrepreneurship. This includes improving the tourism industry, improved training for essential trades and heightening economic literacy for citizens, particularly women.

Uzbekistan established a partnership with China to investigate and solve issues of unemployment, gender inequality and poverty in early October 2020. The Institute for Tourism Development in Uzbekistan has engaged in a joint research project to link tourism and poverty reduction. The plan for Uzbekistan is to increase the production of exports, expand the industry, boost small businesses, and in the long-term, improve government regulations and education regarding these fields.

Sojida Jabborova was once a dentist in Uzbekistan, however, she was driven by the critical state of poverty in her country to find a solution. The reform campaign created the perfect atmosphere for Jabbarova to begin her work as the nation honed in on entrepreneurship and financial literacy in women especially. The partnership between China and Uzbekistan, with Beijing as the model for Uzbekistan’s progress, provided Jabbarova with the knowledge and support to begin experimentation with Paulownia trees. In the beginning, Paulownia trees were only grown on 19 acres and now they are grown in fields in Fergana, Bukhara, Samarkand and Tashkent.

Poverty Reduction in a Global Pandemic

Sojida Jabbarova’s efforts in exploring how Paulownia trees can aid in poverty reduction is crucial. Her spirit along with the dedication of the Uzbekistani administration to place poverty reduction at the top of the to-do list will surely mean progress. These efforts have been constrained by the global pandemic where the administration focused on protecting lives and businesses and maintaining headway in the fight against poverty. The administration has centered on healthcare, financial support and social assistance in the fight against COVID-19.

The administration’s efforts for poverty reduction are substantial and the alliance with China has brought great insight on how to best lift citizens from poverty and kickstart a downtrodden economy. Jabbarova and her Paulownia tree fields are a success story for poverty reduction efforts and the overall reform campaign begun by President Mirziyovev.