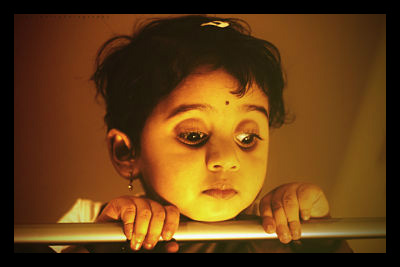 On April 3, the Middle East honored Arab Orphans Day with university campus-based movements to honor abandoned children. Students in Cairo held an event in which individual participants would treat an orphan like a younger sibling for a day, while Kuwaiti Minister of Planning and Development Hind Al-Sabeeh touted the legislation of protective laws

Orphans in Kuwait are one of the most disadvantaged groups in terms of legal protections. In addition to the initial injury of parental abandonment, these children suffer the stigma of “illegitimacy.”

Many in the Middle East discriminate against children born to unwed parents. Often, they base their prejudice on a misinterpretation of the Qur’an. Their choice can have deleterious effects, ranging from overt displays to more subtle denials of academic and job opportunities.

That said, Kuwait has made some significant strides. Abandoned children are first sent to social care facilities for 30 days while the Ministry of Social Affairs attempts to find their parents.

If and when the children are not found, they become wards of the State. In Kuwait’s case, state guardianship grants the orphans Kuwaiti nationality, free health care, fiscal stipends, and free housing.

Kuwait treats its orphans well. According to UNICEF, life expectancy for these orphans was 74.2 in 2012 and approximately 93.9 percent of orphaned youth are literate. The high literacy rate is largely due to a high enrollment rate in primary schools, which UNICEF estimates to be around 98 percent.

The disadvantage, though, lies in the wards’ legal inaccessibility. Once Kuwaiti orphans are declared as wards of the State, only Kuwaiti citizens can adopt them.

This is a particularly problematic law in part because of the popularity of non-White orphans among adopting couples in developed countries. Most of these adoptive parents are financially secure and outfitted to accommodate fewer children at a time, ensuring that the lucky adoptee gets the personal attention and care that she needs.

Kuwaitis may be generous with their aid to orphans, but no amount of generosity can replace parental love. The nation often acts as a mecca for wartime orphans, but its people usually cannot restore a child’s birth parents.

Furthermore, little is reported regarding the care of orphans once they age out of the institution. According to the ILO, the Middle East has some of the highest youth unemployment rates worldwide, with an average of one in four young adults out of work.

This statistic places additional pressure upon Kuwaiti citizens, who have to pay for orphan care through taxes. Kuwait’s economy may enjoy high incomes across the board, but as long as its neighbors suffer, the nation will be operating upon heightened political risk. If it becomes involved in its neighbors’ conflicts, the country’s orphans may very well become the first victims.

Evidence of orphan victimization has already made the news. In 2011, an anonymous blogger commented on a story run in Al Qabas about Kuwaiti orphanages that had been turned into brothels where rape, drugs, smoking, and prostitution were rampant.

While exaggeration by the media is not improbable, orphans remain one of the most frequently vulnerable groups. Kuwait, like its neighbors, is still in development and its media may not always be trustworthy. In any event, it is imperative that the reader checks the validity of news sources. Conditions in Kuwait may not be as rosy as recent propaganda may imply.