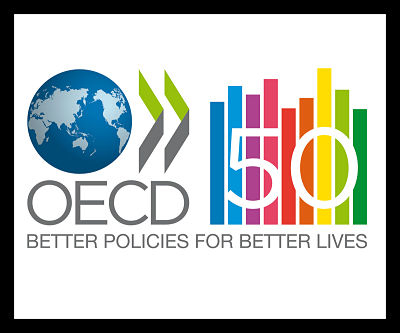 What is the OECD?

In short: OECD stands for Organization for Economic Co-operation and Development. It is an international economic organization whose mission is to “promote policies that will improve the economic and social well-being of people around the world.”

A little more detail: In the beginning, the OECD was actually named the OEEC – the Organization for European Economic Co-operation. It was founded in April of 1948, with 18 original European participants. The first and original principles of the OEEC were as follows: “Promote cooperation between participating countries and their national production programs for the reconstruction of Europe; Develop intra-European trade by reducing tariffs and other barriers to the expansion of trade; Study the feasibility of creating a customs union or free trade area; Study multi-lateralization of payments; and Achieve conditions for better utilization of labor.”

In 1961, the OEEC became the OECD, and membership was extended to non-European countries. Most OECD members are regarded as “developed countries” with a high human development index. To this day, according to Pierre Tristam at about.com, the OECD remains one of the most cited sources for “economic data and information” because the organization keeps vast databases and “conducts some of the world’s most authoritative analyses and studies on the world economy.”

The OECD said that it provides a forum in which countries can work together to “seek solutions to common problems.” The organization aims to identify good practices and to coordinate “domestic and international policies.” It is committed to democracy and a sustainable market economy. Some of these good practices include taxes and social security, leisure time, school systems and “pension systems” that look after country’s elderly citizens, since the OECD tries to look at issues “that directly affect the lives of ordinary people.”

Its reach extends to the environment, the economy and social issues. The OECD is committed to helping the lives of ordinary people, thus making life harder for those “whose actions undermine a fair and open society,” such as terrorists, unethical businessmen and tax evaders.

As of 2013, the OECD has 34 active member countries, including the United States, and “is in accession talks with the Russian Federation.”