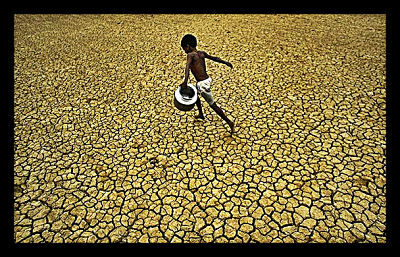 Water is a necessary means for survival. Water covers two-thirds of planet Earth. The human body consists of 75 percent water. Water is involved in all bodily functions including digestion, respiration, maintaining body temperature, and adequate performance of all bodily functions. Early civilizations developed around easily accessible clean drinking water sources. Water is vital to life; that is a given. But what if accessing clean drinking water was not as easy as turning on the faucet, or opening a bottle of Dasani? The continuing water crisis in sub-Saharan Africa proves that this kind of access is not always so easy.

According to data by World Health Organization, the four driving factors in the water and sanitation crisis are: access to water supply and sanitation, sanitation gap, emergencies and disasters, and water resources.

The sanitation gap refers to an increase in population growth combined with low sanitation development growth. The number of people with access to hygienic sanitation facilities, such as toilets and hand washing tools, has declined slightly since the 1990s because construction cannot keep up with population growth.

Floods and drought are the most dangerous water-related disasters. Flooding causes contamination of drinking water, and destructed systems of hygiene and wastewater. Droughts cause the most death because they can initiate malnutrition and deny the community a water supply. 66 percent of people dwelling in sub-Saharan Africa live in areas of little to no rainfall which often results in failed vegetation and agricultural efforts. More than 300 to 800 sub-Saharan Africans live in a water-scarce location.

What is the OECD?Making a Difference: One Way or Another
Scroll to top