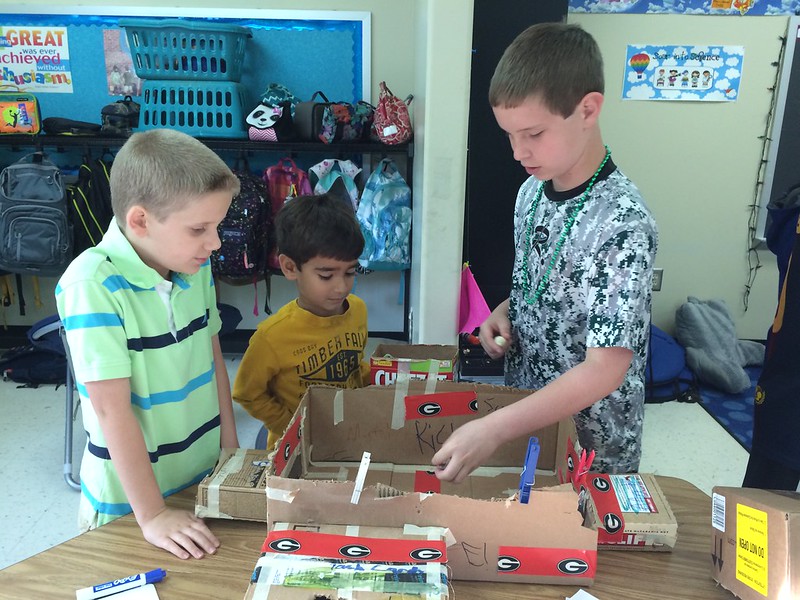 Charities and foundations all over the world work to eradicate global poverty and hunger. In fact, there are many memorable nonprofits that children started that now have a global reach and a large impact on people in developing countries. These nonprofits are working to break the cycle of poverty.

Nirvan Mullick walked into an auto shop one day where he saw 9-year-old Caine Monroy’s cardboard arcade. Mullick was Monroy’s first and only customer and inspired him to continue his project. Mullick then created an 11-minute video about Monroy’s journey and hope for customers. This video sparked international attention and led to a movement in which kids all around the world created cardboard arcades. The Imagination Foundation then formed to foster creativity globally by encouraging kids to take risks. Of the nonprofits started by children, this one has one of the most unique beginnings.

The WE Charity, formerly Free the Children, is a remarkable nonprofit that a child started. At the age of 12 and in 1995, Craig Kielburger learned of the death of Iqbal Masih, a 12-year-old Pakistani, former-slave and human rights activist. This inspired Kielburger to start the WE Charity with the help of his seventh-grade classmates and brother, Marc. While the Kielburgers originally focused on ending child slavery, they decided to expand their focus to global poverty as a whole. Craig and Marc collaborated to create, Free the Children’s WE Villages, in which poor families received aid with education, clean water and sanitation, health care, food security and finding an alternative income. One can see the impact of this charity in numerous countries. Starting in 2012, the WE Charity helped quadruple primary school attendance rates in Haiti and rehabilitate two wells in Udawad. Additionally, it aided girls in focussing on education rather than walking miles to collect water.

After a disastrous fire in a school in Nairobi, Kenya, numerous pictures circulated of Kenyan children walking barefoot in the ruins of their destroyed community. Moved by the conditions in developing countries, sisters Vienna, Hayleigh and Sarah Scott from Nashua, New Hampshire decided to act. The sisters worked to send over nearly 1,200 shoes. The girls developed their charity as they walked door to door in their neighborhood collecting second-hand shoes that were in wearable condition. Taking the project one step further, the young girls ran public stalls in their hometown and successfully raised $33,000. This nonprofit that children started was able to provide shoes to over 1,500 kids in poor countries.

At the age of 9, Austin Gutwein learned about the scarring effects of AIDS in developing countries. He proposed a solution that people would donate money for every successful basket he made while playing basketball. After a few years, Gutwein was able to transform this into an organization that consistently donates 100 percent of its proceedings. This nonprofit started with a child who works to educate people in developing countries about protected sex, as well as provide international relief. For every 500 kids who get together to shoot 500 free throws through Hoops for Hope, 500 kids that HIV/AIDS orphaned, receive representation and help.

The Weiss family was always fond of soccer, especially the kids Garrett, Kyla and Kira. After attending the 2006 World Cup in Germany, the contagious passion that Angolan fans had for their team inspired the Weiss kids. This sparked the FundaField movement, where this nonprofit started working on bringing soccer supplies to children growing up in developing countries. This unique movement uses the therapeutic abilities of team sports, in particular, to rehabilitate regions suffering post-conflict. The Weiss kids not only fund soccer fields and donate supplies but also host soccer tournaments to encourage competitive play.

Young children have creative minds and imaginative reach which enables them to be successful. Their age allows them to ignore any limitations and see with a pure heart. Nonprofits that children start are absolutely unique in their approach and serve as an inspiration for everyone.