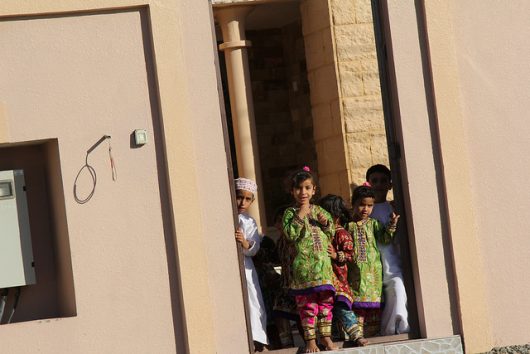 The Ministry of Health in Oman has rolled out many regulations to create healthier lifestyles for the population. The most cost effective ways to combat noncommunicable diseases are population-based. The majority of national health policies are related to tobacco control in indoor spaces. The Ministry of Health has also created some guides to encourage healthy eating in Oman. Health education is a mandatory part of school curriculums in Oman. The government found that youth populations can be key in spreading information and inspiring people to make changes.

The Ministry of Health hopes to create a national monitoring system to follow the progress of health indicators like urine sodium content and blood sugar levels. Researchers found that while Oman has several health regulations, the policies are not always implemented well.

Regional agencies are also involved in Oman’s response. The Nizwa Health Lifestyle Project was founded in 1999 to work with the city government and local businesses to reduce noncommunicable diseases. One program, the tobacco-free souk, is looking to prevent tobacco use in outdoor public spaces. The souk is an outdoor marketplace at which residents of Oman spend a lot of time. Nizwa successfully implemented an indoor smoking ban in 2010 and is hoping to expand this success to outdoor areas. Residents of Nizwa supported a tobacco ban nearly unanimously in a survey.

Local restaurants and bakeries are preparing healthier food and breads to prevent noncommunicable diseases in Oman. The Healthy Restaurants Initiative is a pilot program in which restaurants create menus with reduced sodium, fat and sugar. The initiative has been successful so far, but will need time to scale up and expand through the country.

Bakers in Oman are also baking bread with reduced sodium content. The average person in Oman eats 10 grams of salt a day, which is double the World Health Organization’s recommended amount. As bakeries provide 90 percent of the bread products in the country, local bakers can have a large impact on people’s health. In 2015, bakeries successfully reduced the sodium content of their bread by 10 percent. Small changes like these are adding up to help decrease the rate of noncommunicable diseases in Oman.