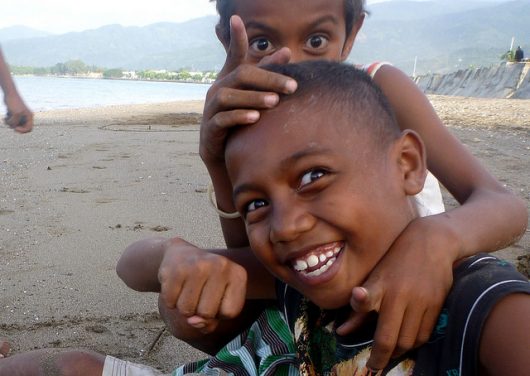 East Timor is one of the youngest countries in the world. Located in eastern Asia, the Independent Republic of Timor- Leste declared independence in 2002. Since then, the oil-dependent economy has grown rapidly and the government has worked to create institutions and provide services. East Timor has funded development by rerouting money from its petroleum fund, which collects profits from the petroleum-based economy. The government distributed these funds through its budget. East Timor created the Strategic Development Plan to guide its work from 2011 to 2030. Despite the government’s focused work, much of the country still lives in poverty.

What are some of the causes of poverty in East Timor?
As a young country, East Timor has had to rapidly create many institutions. The expanding population is placing pressure on the already limited job market. Many people in East Timor are unemployed. In addition, the transition from Indonesian occupation was chaotic and violent. A significant amount of infrastructure in the country was destroyed or damaged during this transition. These damages have hurt the operation of the economy and the government has had to fund repair projects.

How can the government reduce the poverty rate in East Timor?
The government needs to make plans to diversify the economy. In addition, the country needs to improve healthcare and education services. The population needs to gain industry skills so that the economy can expand and diversify. Programs should be designed to target young people; 60 percent of the population is under 25, and they are the future workforce. The government should also encourage private investment. Finally, as a new country, East Timor must continue strengthening its national and regional institutions.

While East Timor has quite a long way to go, it has also seen many successes, mainly in healthcare and education. The population has an increased life expectancy and a reduced child mortality since 2002. School enrollment and literacy have increased since the country gained independence. East Timor also eliminated leprosy since its inception. The poverty rate in East Timor should continue to decline due to the government’s focused work.