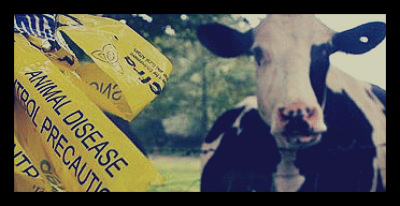 Throughout many developing nations, foot and mouth disease is considered an endemic in livestock; especially in Asia, Africa, and parts of South America. Previously, the only vaccines for foot and mouth disease were very fragile and had to be created inexpensive labs with the proper equipment, and needed to be kept refrigerated in order to stay “alive,” preventing possibilities of any long-distance transportation.

Now, researchers have created a synthetic version of the foot and mouth vaccine that does not require refrigeration, making it much more accessible to rural areas where the disease is common. The new vaccine can be transported and even created in developing countries since it can withstand varying temperatures.

Within the last few years, the UK, South Korea, and Japan were all victims of an outbreak of the virus that had originated in Asia. The foot and mouth outbreak in the UK cost the country an estimated 8 billion pounds.

The researchers’ goal of having the foot and mouth vaccine distributed globally in order to stop the virus at the source instead of waiting for an outbreak will now be much more practical with this synthetic version. Scientists say that the new version could be widely available within 6 to 8 years. Researchers are also working on synthetic vaccines for diseases that affect human populations, including polio and human hand, foot, and mouth disease.