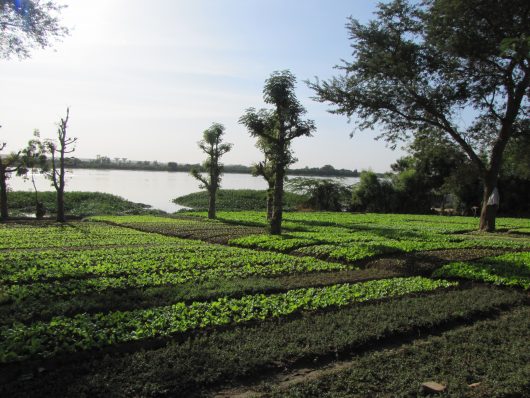 The United States Agency for International Development (USAID) funds efforts to reduce food insecurity in Niger, a landlocked country located in the Sahel region, an area prone to droughts. Frequent climatic shocks like droughts and floods make agriculture an inconsistent commodity. The vitamin-packed moringa tree could be a method of overcoming the inconsistent agricultural patterns and resulting food insecurity in Niger.

The mystical miracle plant, moringa, is known as “the tree of life.” Officially known as Moringa oleifera, the plant is native to northern India and has been around for hundreds of years. The grassy and earthy taste of the plant is reminiscent of spinach but with a slightly more bitter taste.

The numerous health benefits of moringa prove the plant to be a natural superfood. The plant has many vitamins and minerals, including iron and calcium. Iron assists the body in mitigating anemia, and calcium helps with bone mineralization. Moringa also lowers blood sugar and cholesterol levels, which is essential to heart health. Additionally, the plant has a high protein content. The protein in the plant contains all nine essential amino acids that are usually only found in animal products.

Malnutrition occurs because of the agricultural inconsistencies that lead to food insecurity in Niger. Animal protein is usually considered a necessity in addressing malnutrition, but moringa has the nine essential amino acids in addition to containing 30 percent protein, making the plant a good substitute for animal products. Additionally, the moringa tree grows exceptionally fast in dry, semi-arid environments where other plants cannot typically grow, making it well-suited to the Nigerien climate.

The National Cooperative Business Association Cooperative League of the United States of America (NCBA CLUSA) implemented the Moringa Value Chain (Moringa VC) project, which promotes the use of the moringa plant to combat food insecurity in Niger, in addition to Mozambique and Senegal.

The Moringa VC project began in 2009 and was funded by USAID. In 2012, the project was renewed under the title Moringa Intensification Project to Help Respond to and Mitigate the Drought Disaster in Niger, which assisted in strengthening the moringa plant’s role in contributing to economic growth and alleviating food insecurity.

The NCBA CLUSA’s approach to the implementation of the moringa plant included many effective steps. The development included information and awareness of the Moringa VC project, the restoration of current cooperative groups, routine data collection of focus indicators, training in production techniques and feasibility studies. These steps were implemented and carried out by many different actors in the region, including Peace Corps volunteers, agricultural officers and non-governmental organization staff.

In USAID’s Responding Early and Building Resilience in the Sahel, Nancy Lindborg said, “We know we can’t stop droughts from happening, but we can and do commit ourselves to early action when we have early warning signs, with a focus on highly targeted programs that build resilience even as we meet urgent needs.”

Women’s involvement in the growing and production of the plant has been an essential goal of the Moringa VC project. Expanding the production of moringa included women’s participation in the marketing, processing and consumption of the plant in Niger. Amy Coughenour, NCBA CLUSA’s Vice President for International Development, said that “focusing on women as a key element in this process ensures food security for the whole family.”

The NCBA CLUSA’s decentralized, inclusive and collaborative Moringa VC project is an active step in mitigating food insecurity in Niger caused by inconsistent agricultural patterns in the Sahel region.