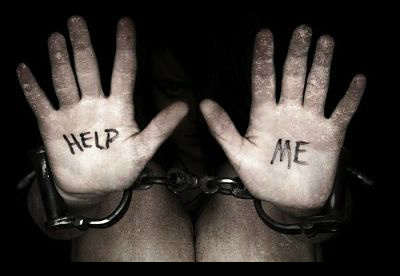 Modern slavery is a different institution from the historical examples of slavery that we learn about in textbooks. In the 21st century, slavery is illegal in the majority of the world. The Universal Declaration of Human Rights in 1948 declared, “all human beings are born free and equal in dignity and rights” and “no one shall be held in slavery or servitude, slavery and the slave trade shall be prohibited in all their forms.”

Individuals who become modern human trafficking victims are often coerced, tricked or seized from their homes and forcibly exploited. They are trafficked through both underground and legitimate pathways, making their way across borders and oceans. This is not an issue confined to poorer, developing countries. Human trafficking victims enter Western countries such as the United States and the United Kingdom in large numbers.

The International Labor Organization estimates that in 2013, around 21 million people were smuggled around the world, with 11.7 million individuals in Asia. “There are 1.1 million new victims a year, which is 3,000 victims a day, 125 per hour.”

Hong Kong is China’s richest and most developed city. Hong Kong has the world’s ninth largest trading economy, with a gross domestic product of $261 billion. However, Hong Kong also has the largest income gap between its citizens of any developed country. Towering shining skyscrapers share the corner with decrepit apartment buildings falling apart from the weight of the families crammed within its walls.

The U.S. State Department report on Trafficking in Persons (TIP) for 2013 describes Hong Kong as both a destination and a transit area for men, women and children, from countries like Cambodia, Thailand, China, India, Vietnam, Philippines and Nepal, who are coerced into sex slavery and forced labor. Many migrant workers are also subjected to indentured servitude, with little pay and subjected to violence, harsh conditions, and little opportunity for escape.

Hong Kong officials did not recognize its human trafficking problem as a serious concern until 2013. But once the Hong Kong government acknowledged its problem, it could begin to document, collect statistics and analyze human trafficking within its city and create solutions. The TIP report labels Hong Kong as Tier 2; “the city is not in compliance, but the government is making significant efforts to improve.”

Under Hong Kong law, human trafficking is narrowly defined as individuals crossing the border for prostitution. The Hong Kong Department Justice is making positive strides to amend its Prosecution Code to include human exploitation cases. Most human trafficking cases go un-prosecuted and unpunished. The city’s strict immigration laws have driven human trafficking underground, making it extremely difficult to enforce. The majority of its victims will not escape and receive justice without the support of its government and law enforcement.

Malnutrition Persists Despite Economic GrowthEducation in Haiti: All Children Reading
Scroll to top