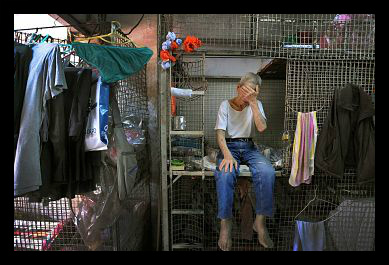 According to a study conducted by Professor Maggie Lau of the City University of Hong Kong in the Department of Public Policy research shows that poverty in Hong Kong is vast.

Dr. Lau’s study aims to focus on various socio-economic groups in order to understand how poverty affects these different groups. The groups include lone parents, couples with children, those without children, single adults and the elderly. The research conducted on these different demographics serves to specify which groups in particular are facing the highest levels of poverty.

Recently, Hong Kong fell in the rankings for being a “livable city” due to the high cost of living and large population. With a widening inequality gap, the wealthier are accruing more while the poor are falling more deeply into poverty. Aid in the form of government services is relatively nonexistent.

“Some of the poor are moving from temporary poverty to chronic poverty and intergenerational poverty,” according to Liu Yuanchun, director of the National Academy of Development and Strategy at Renmin University of China.

Chronic poverty is linked to structural poverty meaning that they do not benefit from economic growth. This type of poverty is described as “chronic” because the affected populations are entrenched in poverty for the majority of their lives.

“This means that understanding the manifestations, attributes and social dynamics of chronic poverty to develop additional national and international interventions is crucial.” The underlying cultural and social context of poverty in Hong Kong must be understood in order to develop policies that are effective.

Poverty is becoming institutionalized in the city center where social services and government intervention is lacking. About one out of seven million of the inhabitants of Hong Kong are living in poverty.

The dynamic and rich culture that Hong Kong attracts money and professionals from all over the world. However, it’s falling in terms of its livability standards— there are other city centers that offer many of the same features flike Singapore and Tokyo.

The prices of property were raised to astronomical levels in 2003 when the price of housing went up over 300 percent. Although small government in business is a popular staple of life in Hong Kong, government intervention needs to be more urgent or people will begin moving to other places to do business.