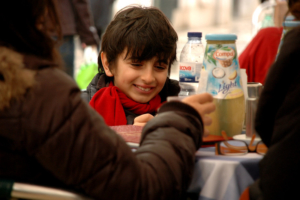 Portugal, a coastal country known for its colorfully-tiled sunny beach towns, is increasingly gaining a reputation as a destination for migrants looking to work in the European Union. In fact, over the last five years, Portugal’s immigrant population has increased by nearly 70%. In 2020, the number of people that acquired Portuguese citizenship stood at nearly twice that of the previous year. This increase in migration to Portugal stems from the needs of both the country as a whole and the migrants themselves.

The Benefits that Migrants Bring to Portugal

Portuguese citizens, as EU members, have the legal right to both live and work in other European Union countries. This includes countries like Germany and France, which have higher wages and better living conditions than Portugal. As a result, Portugal has a high rate of citizens that emigrate outside of the country, leaving the economy with a need for a replacement labor force.

Not only do migrants remedy the country’s labor shortage but they also bring in tax revenue and contribute to Portugal’s Social Security. Migrants even create jobs by starting businesses of their own, opening grocery stores foreign cuisine restaurants, hair salons and more. This enriches the diversity and vibrancy of the country while stimulating the economy.

What Brings Migrants to Portugal?

To fulfill that basic economic need for labor, Portugal has constructed a legal framework for immigration that is highly beneficial to incoming migrants. In June 2022, Portugal’s minister of foreign and parliamentary affairs announced that the nation would dissolve the quota regime and provide for a six-month work-seeking visa.

Even those without a visa, undocumented migrants, are permitted to apply for work. Once they have secured a job, they can apply for residency. Even “proof of legal entry” requirements in applying for residency status within the country are typically informally lax. Once a resident, migrants can have their families join them and enjoy the same legal status of residency. After five years, a resident can “qualify for a Portuguese passport of their own.” This ease on the path to a passport is a primary perk of migration to Portugal, alluring enough to make up for the relatively low wages offered in the country.

The largest group of migrants in the country are Brazilians, followed by another Portuguese-speaking country, Cape Verde. Both are steeped in poverty, with the most recent estimates of Cabo Verde’s national poverty rate standing at 35% as of 2015. In Brazil, about 27 million people lived under the national poverty line in 2021. With a national poverty rate of 16.2% as of 2019, Portugal offers a gateway out of deeply impoverished communities.

Once a migrant secures a European Union passport, they are free to move toward the wealthy economic core of Europe that draws Portuguese nationals as well, with the promise of higher wages. This allows migrants and their families to pursue opportunities to move toward the higher quality of life they imagined when they chose to leave their homelands.

The First Malaria VaccineAccessible Water in Morocco
Scroll to top