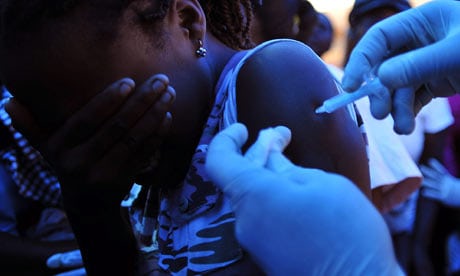 Mental illnesses in developing countries encompass diverse conditions and ages — from autism and mental retardation in early childhood to substance abuse and schizophrenia in adolescents, depression and bipolar disorder in adults and dementia in older people. Compared to developed countries, the developing world sees the same number, if not more, cases of mental illness. While the genetic disposition for developing most mental illnesses is universal, the social and environmental factors that trigger these diseases are more direct for those in poverty.

Most scientific studies show a close correlation between indicators of poverty and the risk of mental disorders, the most consistent association being with low levels of education — a common factor in low-income societies. Other factors such as the experience of insecurity and hopelessness, rapid social change and the risks of violence and physical ill-health also contribute to the greater vulnerability of the poor to common mental illnesses.

Apart from the innumerable symptoms associated with mental illness, including hopelessness, anxiety, delusions and so many more, these conditions have a big effect on other health issues and on the social and economic opportunities. The World Health Organization estimates that mental and neurological disorders are the leading cause of ill health and disability globally.

People who feel depressed, anxious, or cannot function without extra support are less likely to attend school, seek employment, and follow the laws. Too often, those stuck in this vicious cycle don’t have access to consistent treatment to prevent the negative consequences.

A common myth, even among those who accept that mental disorders are prevalent in poor countries, is that these illnesses cannot be treated affordably. With so many health issues affecting developing countries, tackling mental health tends to seem like a luxury. Foreign aid remains focused on the “big three” communicable diseases of HIV/AIDS, malaria and tuberculosis.

Many other health conditions, especially mental illness, thus receive only a fraction of the attention and funding. The gap between the number of people with disorders and the number who receive evidence-based care is as high as 70 to 80 percent in many developing countries. Almost half the countries in the world have no explicit mental health policy and nearly a third have no mental health program whatsoever.

Individuals, governments and organizations also currently lack interest to treat mental illnesses in developing countries. However, depression, anxiety, bipolar disorder, schizophrenia and all common mental disorders need to be placed alongside other diseases associated with poverty.

Mental health is just as important to a country’s stability as physical health. Regardless of ethnicity, gender, or income level, everybody deserves access and support for growingly common health conditions.