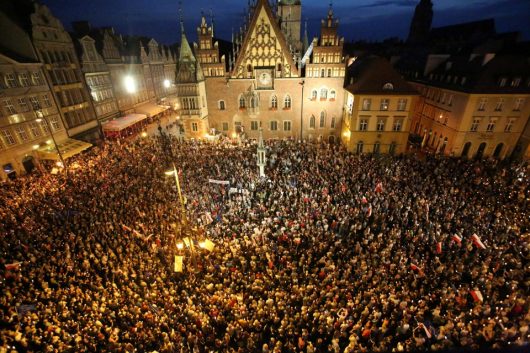 Poland has been a liberal democracy ever since it transitioned from communism in 1989. It is a nation that enjoys free and fair elections and civil liberties protections; however, there is a strong partisan divide in Poland. The Law and Justice Party has become skeptical of the efficacy of liberal democracy; it has enacted a number of authoritarian reforms, enhancing the power of the party and undermining checks and balances enshrined in the Polish constitution. Here are seven facts about human rights in Poland:

Though the Polish ruling party is encroaching on the nation’s civil liberties, there are still actions that can be taken to protect human rights in Poland. Poland still has free and fair elections, and if that remains unchanged, the Polish people have the power to democratically reject these illiberal reforms by voting in candidates that promise to restore power to the Constitutional Tribunal. The EU also has the power to sanction Poland if it goes too far – something it threatened to do last month in the face of efforts to stack the Constitutional Tribunal with even more party allies. Both of these situations should bring hope to the people of Poland, as it makes the improvement of their human rights a very possible outcome of the future.