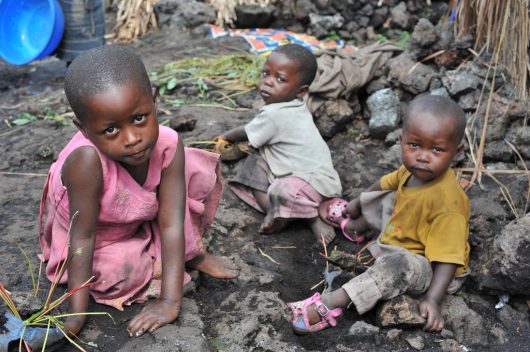 In July, the Rwanda Biomedical Center and UNICEF ran a health awareness campaign in Rwamagana, which revolved around the continued fight against malnutrition in Rwanda.

Rwanda has made impressive developmental progress since the tragedy in 1994. According to the Ministry of Health, the mortality rate for children under 5 has declined more than 60 percent since the 1990s.

Despite this progress, the stunting of children under 5 remains at 38 percent, due to chronic malnutrition, nutritional imbalance and food insecurity. The recent campaign in Rwamagana reported that this number could be cut in half, as long as parents personally ensured that their children were eating the recommended diet.

Stunting is particularly prevalent in rural areas, for these regions are typically the most impoverished and the least educated – both critical influences on the likelihood of malnutrition.

Stunting hinders physical and psychological growth, permanently affecting a child’s long-term development and capacity. Given these dire consequences, the government has scaled up community health outreach, mobilizing door-to-door nutrition education in the most remote areas.

Malnutrition doesn’t usually take lives directly, instead increasing childhood susceptibility to death from diseases such as pneumonia, diarrhea and HIV. Particularly, malnutrition decreases the efficacy of antiretroviral therapy, making this chronic condition a large roadblock in the management of the HIV pandemic in Rwanda.

In rural areas, the availability of nutritious food is scarce, especially during agricultural lean periods. The typical diet of cereals and tubers is completely nutritionally imbalanced, leading to deficiencies in protein, iron, vitamin A and iodine.

The government has been working ceaselessly to reduce malnutrition in Rwanda through community organization, mass media initiatives and investment in a National Nutrition Policy. This policy aims to promote sectoral collaboration, simultaneously reducing poverty through the investment in human health.

The Rwamagana campaign targeted lifestyle changes as essential components of the fight against chronic malnutrition. These grim statistics could be transformed through increased parental responsibility, the promotion of alternative sources of income during agricultural setbacks and the assistance of smallholder farmers.

Food insecurity is a primary element of malnutrition, so linking small farmers to their markets is essential. WFP’s Purchase for Progress does just this, providing strength, support and security to rural Rwandan economies.

The government of Rwanda understands that the reduction of malnutrition is a complex feat; requiring support from many sectors, such as health, education, commerce and agriculture. Ensuring equal access to nutritional education and treatment is crucial to countrywide hunger alleviation.

Chronic malnutrition in Rwanda interferes with many of the Millennium Development Goals, as it sustains poverty, obstructs educational progress and facilitates the detrimental impact of preventable diseases. With continued focus and diligence, Rwanda can continue to make progress in the promotion of its children’s health.