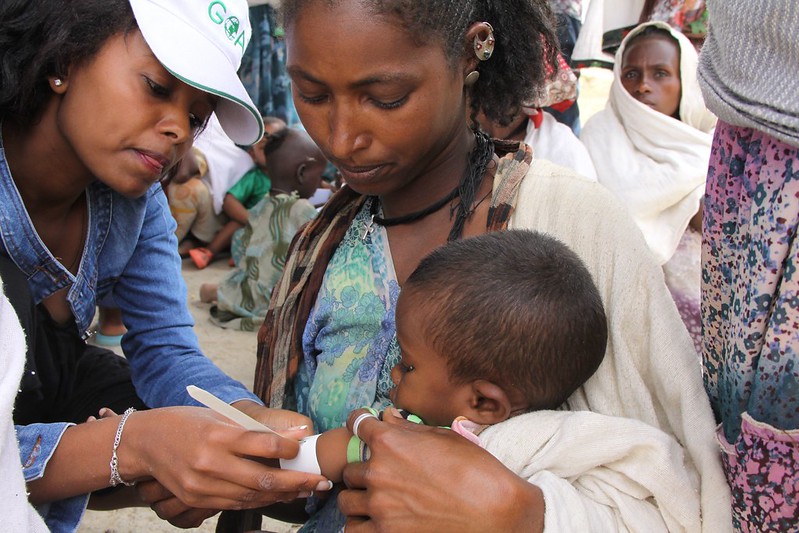 The first 1,000 days of pregnancy to the infant’s second birthday are the most important for the children’s growth. The effects of malnutrition in children between the first two years of birth are irreversible. Malnourished infants are more prone to dying during infancy, susceptible to chronic health issues and likely to face development issues. Additionally, acute hunger has a serious effect on infants. Poor nutrition is responsible for 45% of the causalities of children under the age of 5. That is 3.1 million children each year.

During the hunger crisis of the 1980s and 1990s, centralized Therapeutic Feeding Centers (TFCs) emerged to nurse malnourished children back to health. The TFCs delivered nourishments through therapeutic milk, which needed clean water and on-site preparations. Additionally, the TFCs had to operate around the clock, making them scarce and distant from local communities as it was difficult to find 24-hours staffing. Mothers would often have to leave home for weeks, endangering their livelihood and possibly the lives of their other children.

TFCs proved ineffective as mothers would withdraw their kids in between treatments to return home in time for work. The children in the centers were also more vulnerable to infections due to unsanitary conditions, resulting in millions of relapses. Consequentially, some died due to the shortened treatments and exposure to deadly diseases.

Also, for countries going through civil unrest, it is dangerous to set up feeding centers out in the open. The centers could fall victim to airstrikes or ground attacks. Thus, the idea of centralized systems appeared increasingly self-defeating.

RUTFs are energy-dense, micronutrient-rich pastes used in therapeutic feeding. These soft foods are a homogeneous blend of lipid-rich foods that have a nutrient profile close to the WHO-recommended therapeutic milk formula that some in patient therapeutic feeding services use. Typical ingredients for RUTF include peanuts, oil, sugar, milk powder, vitamin and mineral supplements. RUFTs are a safe and cost-effective therapeutic food. It provides malnourished children with the essential nutrients needed for development in a single serving.

Not only does it provide all of the nutrients necessary for recovery, but even after opening it has a long shelf life and does not spoil quickly. Since RUTFs are not dependent on water, the chance of bacterial growth is very low, making it safe to use at home without refrigeration. Youngsters enjoy RUTF, being healthy and convenient to use without medical supervision. Finally, people should use it in accordance with breastfeeding and other baby and young child feeding best practices.

The primary objective of therapeutic food was to spare mothers from traveling long distances and instead enable them to feed their children at home. Therefore, the former system underwent decentralization and became fragmented into community-based programs.

This approach became known as the Community-Based Management of Acute Malnutrition (CMAM), which transformed the entire healthcare system, along with RUTF. The primary purpose of this scheme was to bring food closer to the communities so that the children who were not suffering from serious complications could receive treatment at home. As a result, the system became safer, less crowded and hassle-free.

Typically, healthcare workers diagnosed malnutrition in children using the weight and height ratio. However, this is very time-consuming, expensive and labor-intensive to do on a community level. The solution to this problem was using a simple plastic strip that measured the mid-upper-arm circumference to inspect for malnutrition. Usage of the plastic MUAC tape made it increasingly easier to carry out the diagnosis quickly.

After the initial skepticism upon the efficacy of the treatment, the idea of quick and easily accessible treatments grew popular among mothers. Together, CMAM and RUTF were able to curb the impact of famine. Usually, during a famine, the standard aim is to keep the child mortality rate under 10%. However, it commonly exceeds the goal, recording a 20% to 30% child mortality rate. But with the combination of CMAM and RUTF, the child mortality rate reduced to below 4.5%. The World Health Organization (WHO) declared CMAM as an effective system to fight malnutrition, which spurred a revolution in the healthcare system, saving the lives of millions of children worldwide.

Malnutrition in children can have a lifelong impact on their well-being if not treated properly. Luckily, the invention of RUTF, teamed up with the efficiency of the CMAM, is helping save the lives of millions of children while ensuring they live healthy and prosperous lives.

Healthcare: Telemedicine Clinics in GuatemalaHow WHO is Fighting Congenital Anomalies
Scroll to top