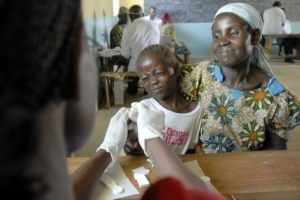 Malaria in Malawi remains a top concern for public health and the safety of the country. On a global scale, Malawi accounts for 2% of all malaria cases, placing it in the leading “20 countries with the highest malaria prevalence and mortality rates.” In 2019, Malawi’s population totaled more than 19 million. That same year, health facilities in the country reported almost 5.2 million cases of malaria. The sheer amount of malaria cases in Malawi is alarming in comparison to the total population number.

Looking at malaria objectively helps explain its high prevalence throughout Africa. As the World Health Organization (WHO) reported in 2019, Africa accounted for 94% of the 229 million malaria cases and 409,000 deaths worldwide. WHO notes that children younger than 5 made up 67% of these deaths. The transmission of the deadly parasite allows it to thrive in many countries throughout Africa, specifically after the spike in annual rains in November. The malaria parasite thrives in very humid, often hot and wet conditions, making Malawi a prime location for the spread of the parasite. While the country has worked to control rates of malaria in Malawi by offering health services, the country still struggles to control the sheer amount of cases present.

The Beginning of the Malaria Vaccine Pilot Program

In 2019, Malawi welcomed the world’s first malaria vaccine pilot program. The vaccine, referred to as RTS,S, targeted children ages two and younger. GlaxoSmithKline is the producer of RTS,S, which underwent clinical trials after 30 years of refining. The vaccine trials found that RTS,S was able to prevent about four out of every 10 cases of malaria. The pilot project in Malawi aimed to gather observations and evidence of actual vaccine implementation to guide WHO in its policy recommendations for the use of RTS,S on a broader scale. The criteria observed included child mortality, vaccine follow-up and vaccine safety. Although the intention of the vaccine is not to replace other preventative measures, WHO hopes to add it to its bundle of malaria prevention recommendations.

On October 6, 2021, WHO officially endorsed the use of the RTS,S vaccine worldwide, now called the Mosquirix malaria vaccine. This approval comes after two years of trials in three African countries (including Malawi) where more than 800,000 children received the vaccine. The vaccine can prevent severe and fatal cases of malaria at a rate of 30%. Since the pilot program implementation in 2019, WHO has been able to justify the ability of countries to roll out the vaccine safely. Although the vaccine itself is not 100% effective, it works as a preventative measure, reducing the likelihood of contracting a deadly case of malaria in Malawi. The rollout of this vaccine comes after decades of unsuccessful attempts to find a form of protection against malaria.

Economic Benefits of a Preventative Measure

Access to the Mosquirix vaccine will not only protect public health and safety but will also relieve the stress on Malawi’s economy. For years, programs focused on treating malaria in Malawi reactively. Given that treatment options are more widely available than prevention methods, health system responses have centered on reactivity rather than proactivity. As a result, the first response to malaria cases is often drugs. Drugs are both expensive and difficult to obtain. Furthermore, the malaria parasite adapts over time, becoming resistant to medications and decreasing the efficacy of drugs. Access to a proactive vaccine addresses the issue beforehand, saving costs in both healthcare visits and treatments in the long run.

Malaria is a unique illness in that it involves a parasite that can strike an individual several times. In many parts of sub-Saharan Africa, this reality is concerning. On a yearly basis, children average a total of six malaria infections. The continued attacks on their immune systems leave them susceptible to other diseases. However, with the new vaccine comes new hope in the fight against malaria in Malawi. While the approval of the vaccine is only the first step in widespread change, the next few years present a strong opportunity for progress in some of the most vulnerable communities.