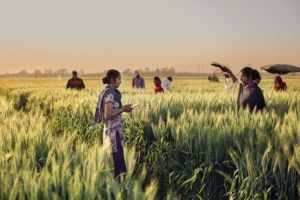 There are roughly 15.2 million children under the age of 5 in Bangladesh, according to the World Health Organization (WHO). Malnutrition affected about half of this population for years. However, there has been some success in lowering this amount by making nutrition attainable. The WHO records that growth stunting reduced from 41 percent in 2011 to 36 percent in 2014. The percentage of underweight children also dropped from 36 percent to 33 percent between 2011 and 2014.

Although Bangladesh’s economy has progressed and the country has experienced a reduction in poverty, food insecurity remains a concern for about 35 percent of its citizens. The International Food Policy Research Institute recommends that children who consume at least four different food groups a day will be 22 percent less likely to experience stunting. In spite of the food insecurity, each day there are more possibilities for making nutrition attainable for poor countries.

Although there are many unhealthy packaged foods, there is also a market for nutritional processed goods. A study in Nepal found that 80 to 90 percent of the country’s children of 6 to 23 months of age ate commercially-produced packaged foods. In Nigeria, people buy 80 million MAGGI bouillon broth cubes every day. These bouillon cubes carry essential nutritional qualities such as iron and other key micronutrients. There is a need for more similarly packaged and processed foods that provide nutritional density and quality.

In an effort to improve the situation, Groupe Danone and Grameen Bank collaborated to make a fortified yogurt factory in Bangladesh. Danone is the world’s largest yogurt maker with more than $21 billion in annual sales. Muhammad Yunus, the Bangladeshi microfinance pioneer and founder of Grameen Bank, first suggested making baby food, however, a yogurt factory became the ultimate choice.

The company is successfully putting enough vitamin A, iron, zinc and iodine into the 60 and 80-gram cups of yogurt to meet 30 percent of a child’s daily needed diet. Overall, the local children who are often poor and malnourished benefit from the yogurts the factory produces. There is still a lot of work to do. The consumer demand increasing in the U.S. leads many businesses to cut sugar out of their products by at least 20 percent. However, for countries in Africa and Asia, there has yet to be this kind of motion.

The Danone and Grameen factory’s main goal is not to make large revenue, but rather to provide nutrition and education. Professor Muhammad Yunus of Grameen Bank hopes to share a lesson in manufacturing, business and humanitarian efforts for the developing world and the West. He believes that in starting this project, “You don’t see the money-making aspect, but how you can help people.” The project has employed the rural community through its links with the farmers which serve the factory. The yogurt company pays the local workers and farmers more than any customer does. Many employees are earning $60 a week, a substantial amount for rural Bangladesh.

Many private sector companies are hesitant to step into this effort because of the misinformation that affordable nutrition cannot be profitable. Professor Yunus hopes to educate these companies by challenging them to begin thinking about running their businesses in a different manner. For Danone, this project provides a clearer understanding of marketing food in South Asia and entering in a more profitable market in India.