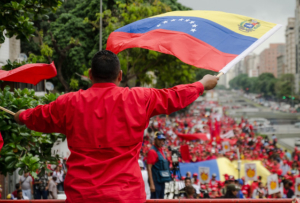 In 1960, the Organization of Petroleum Exporting Countries (OPEC) established to coordinate and unify policies around the price of oil. This intergovernmental organization consists of 15 nations that produce 44 percent of the world’s oil and own 81.5 percent of the world’s oil reserves. Given the importance of oil in today’s economy, it is reasonable to assume that OPEC members are well-off, especially those with vast oil reserves. However, the fuel shortage in Venezuela proves otherwise.

Venezuela, one of the five OPEC founders, boasts the world’s largest oil reserve. Although this South American country sits on a vast reservoir of mineable liquid gold, there is a fuel shortage in Venezuela that starves it. Due to years of mismanagement and corruption, the oil-rich nation has dried up its gasoline pumps, leaving lines trailing from gas stations that last hours. People can sometimes wait for days to fill their tanks. In the southern and western states of Tachira and Bolivar and the central states of Carabobo and Aragua, people can wait in line for five hours or more. Venezuela has limited power so it rations it; periodic power outages means that people cannot pump gas. However, there are no gas shortages in the country’s capital, Caracas; oil tankers divert into the capital to supply its six million citizens, but also to prevent political unrest around the Parliament.

These fuel shortages and gas station lines are impeding on already troubled Venezuelan lives. The hyperinflation and lack of job opportunities in the country hinder a good quality of life and gas shortages push this even further. Citizens cannot get to their jobs when their cars are empty on fuel or when they are stuck in line to fill up.

However, the fuel shortages in Venezuela are troubling to not only the day-to-day lives of citizens but also the entire agriculture industry that feeds the population. Fuel shortages compound the effect of food insecurity. When there is a shortage of fuel, food cannot make it from farm to market or from city to city. There is no rail system to move food either. Farmers leave harvested produce to rot, simply because the truck that transported vegetables to the market never arrived. On May 20, 2019, the National Federation of Cattle Ranchers in Venezuela issued a public plea to the government citing its difficulty moving cattle across the country.

Delayed shipping dates are not the only way fuel shortage in Venezuela impacts agriculture. Farmers might have nothing to sell because pesticide shipments might not arrive to prevent insects ruining their harvest. Without the shipment of crucial parts, farmers cannot operate basic equipment and without a reliable gas pump, workers cannot take the bus into work. Fuel shortage in Venezuela impacts not only the food but the equipment and the workers necessary to cultivate crops.

In the past, Venezuela has provided generous gas subsidies to make fuel almost free. However, the issue of fuel shortage began in 1989, when then-President Perez announced an end to the gas subsidy. The announcement resulted in large riots and since then, the suggestion of increased prices of oil is taboo. Thirty years later and after six years of economic crisis and recession, oil is still cheap, but production has dropped significantly. At the beginning of 2019, PDVSA, the state-owned oil and gas company, produced 1.2 million barrels of oil. On April 2019, this figure dropped down to 830,000. This decrease in production is due to obsolete machinery and under-resourced facilities. Additionally, as of now, only two refineries are in operation.

In addition to the mismanagement and corruption that has caused these plummeting oil production rates and shortages, the Maduro government also blames the corruption of former management of resources and U.S. sanctions. These sanctions prevented the export of specific materials that refine crude oils into usable fuel.

Corruption, mismanagement and sanction stand-offs are difficult to address. However, there are many NGOs that operate on a community level and provide for those immediately in need. The Venezuelan Engagement Foundation Group (VEFG) is one of these NGOs with programs that address the effects of the fuel shortage and resulting food insecurity. One of its top missions is to provide nutritional meals to children in need through food programs. This year, its food programs have targeted communities in need, mainly children who are the most impacted demographic regarding food shortages. VEFG’s #FeedAKid campaign guarantees that $1 can give a child one meal a day through community kitchens and school canteens. Currently, VEFG feeds 3,000 children, teenagers and elders in 32 different centers worldwide or 90,000 meals a month.

Venezuela’s position is full of contradictions. As an oil-rich OPEC country with fuel shortages and once the richest country in South America, it is now grappling with hyperinflation, failing job markets and food insecurity. The corruption and mismanagement in government have failed to convert the potential of oil into social welfare. Venezuela has limitless potential in terms of its crude oil reserves ready for refinement. The efforts of NGOs on the local level and change on the national level will refine the crudity of poverty into prosperity.