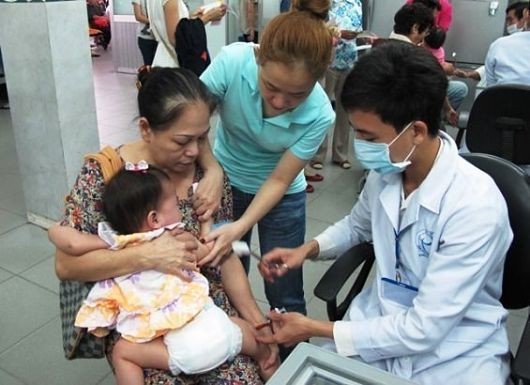 The World Health Organization (WHO) officially recognized Vietnam recently as a valid producer of vaccines for the world market. The WHO carefully assesses countries’ vaccine production capabilities, and if requirements are met, national regulatory authority recognition is granted, which pre-qualifies a nation to export their vaccines.

This move comes after the Biomedical Advance Research and Development Authority (BARDA) of the U.S. Department of Health and Human Services, the WHO and global health nonprofit PATH, have partnered to source low-cost influenza vaccines in places such as Vietnam, working through Vietnam’s public Institute of Vaccines and Medical Biologicals (IVMB).

Latin American and Asian countries have traditionally been instrumental in producing and exporting what are known as Expanded Program on Immunization (EPI) vaccines. EPI is a WHO initiative, which for many years has made sourcing and distribution more efficient for vaccines, which prevent diseases such as malaria, tetanus, tuberculosis and whooping cough. These diseases have a disproportionate impact on the poor, who may lack even basic access to healthcare and face a higher disease burden. Fortunately, initiatives like the EPI have been very effective at improving the availability of vaccinations; WHO initiatives have totally eliminated smallpox, and almost completely eradicated polio and measles. Previously, these diseases killed millions every year.

However, ensuring that these immunizations are easy to produce is essential to their distribution to the people who need them most. This is not always possible because new vaccines sometimes require technologies and production methods that are simply not available to low-cost producers. Since its inception in 2000, the organization GAVI, which focuses on vaccine production for the developing world, had been managing the distribution of DTP3, a combined immunization product that protects against diphtheria, pertussis and tetanus. There was only a single manufacturer of these vaccines until 2006.

According to a joint report by Doctors Without Borders and Oxfam, the handful of large companies that produce vaccines for distribution to developing nations offer reduced pricing to organizations such as GAVI. However, this pricing is still greater than that which would be possible with greater competition and low-cost, high volume production taking advantage of economies of scale by emerging producers. These emerging producers account for up to 86% of the volume of traditional vaccine production globally, but have a hard time producing rarer, more expensive vaccines in the same volume. However, several public sector firms such as Vietnam’s IVMB, Brazil‘s BioManguinhos and China’s Chengdu are greatly expanding research and development for these vaccines.

There are a few barriers for emerging producers trying to break into the vaccine market. Vaccines often have intellectual property protections, which prevent other producers from developing a generic version. Potential low-cost producers might also struggle to meet pre-approval standards for the WHO, a barrier that Vietnam overcame. This barrier can sometimes be a huge impediment for vaccine distributors, which target the poor like GAVI and must source over half of their vaccines from emerging producers to be effective.

Increased competition from emerging producers, reducing unnecessary patent protections and simplifying production methods are the only things that can reduce the price of immunizations. Thus, adequate, publicly funded research and development, as well as initiatives such as those mentioned at the beginning of this article that assist low-cost producers in breaking into the market, are needed. Otherwise, private multinational pharmaceutical companies tend to dominate market share of expensive vaccines, which are less likely to make their way to the parts of the developing world where they are sorely needed.