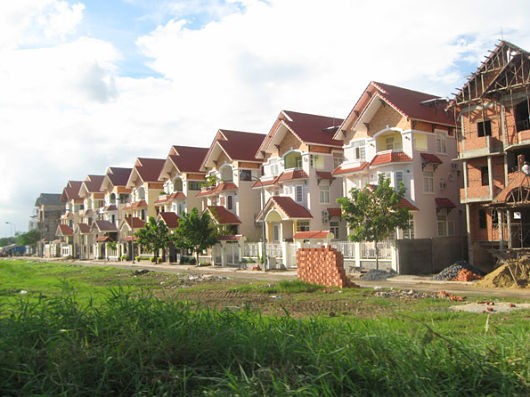 Outside of the United States, Ho Chi Minh City is one of the largest urban cities in the world. For the last 10 to 15 years, the city has been growing rapidly. The gross domestic product is now USD $3000. Thanks to the vast development of its infrastructure and improved access to community devices, the city’s resiliency is slowly bringing civilians out of poverty.

Urban poverty had been on the rise since the start of the 21st century. The city has dealt with flooding and lack of sanitation, leading to serious problems for many residents. In some cases, alleyways had no drainage. They flooded, accumulated garbage and gave mosquitoes a place to thrive.

Back in 2010, 54 percent of residents in Ho Chi Minh City did not have access to social security systems or educational, health-related and social services. Basic needs such as tap water and the instillation of drainage systems were not available; neither was proper housing.

A 2012 report showed improvement. With a population of 9 million, Ho Chi Minh City’s GDP of USD $3000 is one fifth of Vietnam’s total GDP. Its market has expanded and so has its resiliency. Though the center’s population growth is stable, urban and suburban areas are expected to increase steadily.

There has been economic growth. However, inequality and access to services have kept people in poverty; income had little to nothing to do with their status. Those who were unregistered had it worse. Struggles with population compression was congesting traffic and minimizing expansion efforts.

In 2014, Nguyen Xe of the Steering Committee for Poverty Reduction designed a plan to use data collected from multidimensional poverty (MDP) research to alleviate the problem. Because urban poverty is caused by the incompatibility of public services, the MDP report gathered from 2013 helped the city focus its development on certain targets.

A program known as The Vietnam Urban Upgrading Project has been implementing changes in Hai Phong, Nam Dinh, Ho Chi Minh City and Can Tho. It has benefited 7.5 million people total in Vietnam. This project also handed out 95,000 loans to the bottom 40 percent in poverty. Nearly 100 percent of these loans are paid back.

Supported by the World Bank, this project has helped 200 low-income regions and changed the lives of 2.5 million people in the city. It paved wider and cleaner streets; now, vehicles like ambulances and firetrucks can pass through quickly. According to statistics, 360 miles of roads have been upgraded.

Canals, lakes, sewers and bridges were reconstructed and have managed to benefit five million residents. Canals up to 18 miles long have been redone. Seventeen acres of lakes are now in contact with drainage. Three hundred and ten miles of these drain systems have been improved.

This has taken away the possibility of flooding hazards, increased environmental safety and made it more secure for children to run and play. Kindergartens, schools, health clinics and community centers have been improved in poor regions with the project’s help.

The World Bank is actively involved in financing changes for the city, having sent $382 million to improve the economy. An amount of $140 million was provided by the Vietnamese government to help change the lives of many.

Keiko Sato, the World Bank County Director from Vietnam, hopes to alleviate poverty by 2030 as part of the Sustainable Development Goals. The World Bank is committed to improving the infrastructure of Ho Chi Minh City; it provided the city with $124 million in May 2015.

The goal is to upgrade public transportation and turn it into a sustainable system. The places affected by the change include the Bus Rapid Transit between An Lac and Rach Chiec. This will benefit 14 miles of urban transportation and 28 stations. At least 28,300 people will be given improved transportation in metro, rail and bus lines.

Busses will be running on natural gas that is cleaner than what is currently being used, and pollution is expected to decrease as a result. Additions will also help those who are disabled and women with strollers to access the system. This new foundation will let Ho Chi Minh City develop institutions that manage public transportation more efficiently.

The city has a long way to go. Increasing infrastructure is one way to benefit the economy and reach out to all livelihoods. Many are still out of touch and pollution is a problem. But with these development projects and funding from communities, governments and the World Bank, Ho Chi Minh City and the rest of Vietnam are on their way to solving some of their toughest problems with poverty.