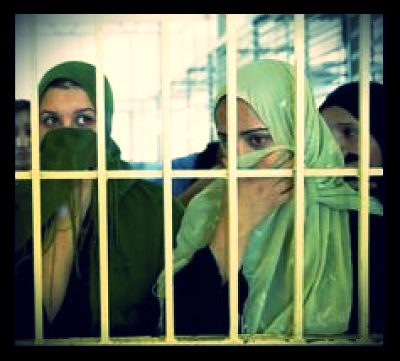 Thousands of women in Iraq are being illegally detained and abused, according to a report by Human Rights Watch (HRW). Many of these women, held by Iraqi security forces for months or sometimes even years without access to a judge, are often questioned about the crimes and activities of their male relatives and not about the crimes they are supposed to have committed.

Violence in Iraq is presently at its highest level since 2008, with more than 1,000 people dead in Iraq just in January. Human rights groups and diplomats are increasingly vocalizing the various cases of mistreatment within the country, yet to little avail. As stated by the HRW report, over 4,500 women are currently being detained in Iraqi prisons. While a majority of these women are Sunni, people of all sects and classes are affected, causing dire unrest among the masses.

One woman interviewed by HRW had suffered beatings, electric shocks and rape, abuses not uncommon among Iraq’s female prisoners. She was later executed, regardless of the medical report that had been filed in her favor. An employee at a women’s prison facility contributed to concern for sexual abuse, stating that employees assume police rape prisoners en route to the prison.

This tragic situation has indubitably angered Iraqis, adding to the frustrations long protested by Sunni Arabs. Breaches in civil and human rights of this sort only serve to exacerbate the sectarian divide within Iraq. Although most Sunnis are not thought to support militant jihadist organizations such as the Islamic State of Iraq and Syria (ISIS,) the abuses make them far less likely to support the efforts of the authorities working to rid the country of those groups.

A lack of trust between the groups and communities living within Iraq’s borders is cause for concern both regionally and globally. If Iraqi authorities desire cooperation, perhaps it would benefit to treat all members of the country’s makeup with the equal and adequate rights necessary to maintain a sustained peace.