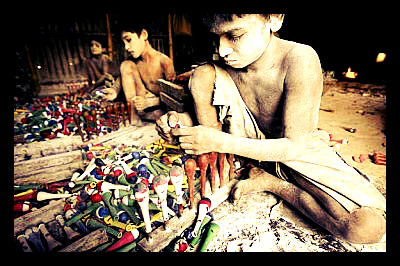 Worldwide, there are multiple forms of child labor ranging from agricultural work to mining, manufacturing and domestic service. Other children are trapped in even more malicious forms of labor such as debt bondage, prostitution, drug trafficking, and armed conflicts. Oftentimes, children who are subjected to child labor do not receive monetary compensation but rather informal payment in the form of food and a home.

Today, approximately 168 million children are victims of child labor, with the rates of underage labor highest in Asia and Sub-Saharan Africa. Half of these minors work in hazardous conditions. Furthermore, the United Nations has provided a set of risk factors that impact whether children are vulnerable to forced or underpaid labor. Oftentimes, poverty is the primary reason that children are subjected to labor. These children live in states of such extreme poverty that they are generally willing to endure abuse in order to secure even the paltriest sum of money.

Poverty, however, is not the only risk factor for child labor. Additional major risk factors include barriers to education, culture and tradition, market demand and poor legislation. For example, not all areas of the world have access to adequate education. Oftentimes, the quality of schooling in less developed countries is inadequate. In these situations, children generally opt to work rather than attend a school that they either cannot afford or do not view as useful. To these children, the idea of an immediate monetary reward outweighs schooling, especially when the welfare of their family is at stake.

Due to market demand children are preferred workers because they are less costly to hire than adults. Employers perceive children as easier to abuse and more willing to endure maltreatment.

Lastly, child labor thrives in areas of the world that either do not have sufficient child labor laws or do not effectively enforce these laws.

Since children are developmentally vulnerable in more than just physical ways, exploitations of labor affect them cognitively, emotionally and behaviorally. These disturbances in development may help perpetuate the cycle of poverty – a malicious cycle that can only be broken once the risk factors of child labor are amended and principles of human rights are internalized, thus giving children the opportunity to just be children.