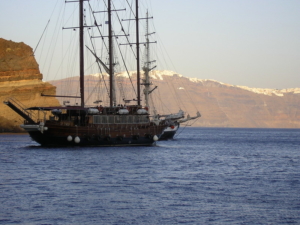 Piracy is often thought to be a practice of the past, if not romanticized in fictional portrayals. Today, pirates are still prevalent. In 2020, piracy increased by 20% worldwide and doubled in the Indo-Pacific region. The U.N. reports this unprecedented threat in the Gulf of Guinea affecting regional stability and global peace. In response, major powers, including India, China and the U.S., are working together to see international partnerships reduce Indo-Pacific piracy.

In 2008, after piracy surged, Shared Awareness and Deconfliction (SHADE) — an anti-piracy operation — was formed to coordinate missions among China, America, Japan and India. This alliance aimed to prevent piracy and poverty in pirate-prevalent nations. Then, in September 2009, the U.S. and China ramped up their collaboration. In total, the Chinese Navy, with U.S. assistance, “rescued … 43 ships in 32 missions.”

The Gulf of Aden, however, is perhaps the greatest cooperative victory. Much of the world’s oil and food exports are transported through the gulf, making the Gulf of Aden a crucial economic pipeline. In 2010, a U.N. Contact Group approved the U.S. and China’s plans for mitigating piracy in the Gulf, supported by India.

Anti-piracy initiatives with this level of cooperation are much more effective than a single nation’s efforts. No country can handle the vast ocean alone. As a naval expert said, “ To catch a pirate, cooperation is key.” Cooperating to end piracy may also save the world up to $12 billion a year and help decrease global poverty, according to a non-profit’s 2010 report.

China partnered with the U.S. Coast Guard to clamp down on piracy and prevent primarily low-income countries in the Indo-Pacific from experiencing pirate-inflicted economic damage. Meanwhile, Japan joined U.S. and U.K. naval vessels in 2021 anti-piracy drills, providing another guard against pirates.

More broadly, the Quadrilateral Security Dialogue, an alliance consisting of the U.S., Australia, India and Japan, recently planned several joint defense operations for mitigating Indo-Pacific piracy. In 2021, the alliance set a precedent where all four countries participated for the second consecutive year in over a decade.

Piracy often begins in poverty and goes on to cause poverty, creating a loop. Put simply: poverty motivates potential pirates to steal. Rather than more minor acts of thievery, this often spirals into massive maritime violations. In the past decade, Congress considered funding vulnerable countries as a method of piracy prevention. Thus, in the past year, the U.S. provided $253 million for financial development in Somalia.

Furthermore, Congress passed the Indo-Pacific Maritime Security Initiative, which would gradually dispense $425 million toward piracy prevention. By economically supporting the Indo-Pacific region, overall poverty decreases and residents are less likely to resort to piracy. Piracy and its adverse effects can diminish by continuing to facilitate anti-poverty programs in the Indo-Pacific and other vulnerable regions. Major world powers have shown that cooperation works. Their international partnerships reduce Indo-Pacific piracy and help ease global poverty.