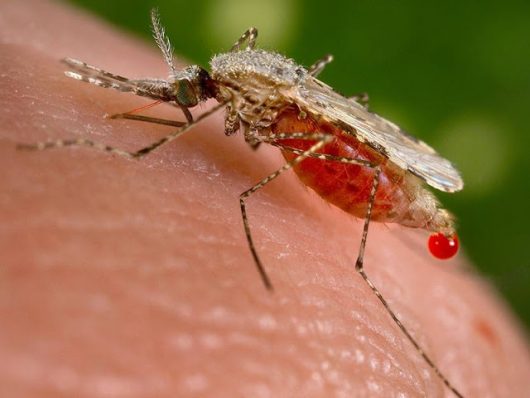 The consistent and widespread use of insecticides has significantly reduced the incidence of malaria by eliminating the disease’s vector, Anopheles mosquitoes. Unfortunately, this progress is threatened, as 60 countries have reported the existence of insecticide resistance in Anopheles mosquitoes. In 2012, the World Health Organization launched the Global Plan for Insecticide Resistance Management in Malaria Vectors to monitor this problem and try to generate solutions.

Some Anopheles mosquitoes have changed to better withstand the effects of insecticides. This resistance can be passed from one generation to the next, increasing the prevalence of resistant mosquitoes. These mosquitoes can come in contact with treated bed nets or homes and proceed to infect people with malaria.

Scientists have observed resistance to insecticides since the introduction of malaria vector control methods in the 1940s. However, the impact of this resistance has become greater. Over the past decade, global health workers have relied on one type of insecticide, pyrethroids, because it is safe and affordable. This reliance has led to the prominence of mosquitoes resistant to this particular type of insecticide.

Many scientists are developing new vector control methods that do not involve pyrethroids. The Innovative Vector Control Consortium, for example, is inventing non-pyrethroid, long-lasting insecticide nets which may be available in two to five years.

Researchers are also testing attract-and-kill trapping systems with different repellents and attractants. The purpose of these traps is to kill pregnant female mosquitoes before they can lay their eggs. Scientists at the London School of Hygiene and Tropical Medicine found that cedrol, a naturally occurring compound, attracts pregnant mosquitoes to egg-laying sites. In the future scientist can develop traps utilizing this compound.

The full effects of insecticide resistance in Anopheles mosquitoes are not yet known. It is crucial for countries to continue monitoring their prevalence and whether traditional vector control methods are still as effective as they once were. Development of new control methods takes time, but many promising ideas are in the pipeline.

Why is Indonesia Poor? 10 Facts About Poverty in Mozambique
Scroll to top