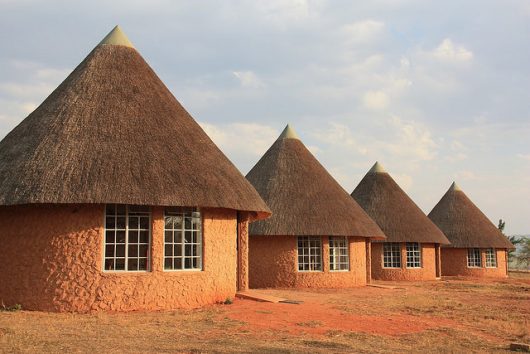 Swaziland is a small, middle-income country in southern Africa that was once heavily influenced by British and Dutch rule in the nineteenth and twentieth centuries. Since it was granted its freedom in 1968, the Swazi government has worked hard to create a stable and thriving community for its inhabitants, one of its main focuses being infrastructure in Swaziland.

Swaziland has a GDP of approximately $3.73 billion and a population of 1.1 million. It is estimated that 63 percent of the Swazi population lives under the poverty line and lives in areas that lack adequate access to basic needs, such as reliable roads and a constant food source. To address these issues surrounding citizen well-being, the Board of Directors of the African Development Bank Group (AfDB) drafted a Country Strategy Paper (CSP) for 2014 to 2018 that focuses on promoting economic growth and improved quality of life in Swaziland.

This document, while tenacious, hopes to address the country’s status as a lower-income country with moderate to high poverty and inequality rates. The board drafted two main goals in its legislature:

Within the first goal of the legislature, the board’s plan was to address infrastructure in Swaziland by improving the country’s amenities to match those of surrounding countries. This was meant to aid the integration of disadvantaged groups of society by giving them better access to opportunities coming from improved infrastructure. Since the CSP was drafted in 2014, there have already been progressive steps taken in addressing these issues.

First, in 2014, the Board of Executive Directors of the AfDB approved a $47 million loan to improve the quality of the Manzini-Mbadlane highway, a highly trafficked roadway. This job not only provided 250,000 Swazis with economic benefits regarding reduced travel cost and time, but it also provided a more stable route to and from South Africa, a popular tourist destination and stable trading partner.

Additionally, in May 2016, Swaziland received a $63 million loan in order to finance the second phase of the Lower Usuthu Smallholder Irrigation Project in the southeastern part of the nation. This loan provided an opportunity for small, poorer farmers to use the natural resources provided by the Lower Usuthu River Basin to get involved with the commercial agriculture sub-sector, which is an excellent opportunity for both the underserved citizens of Swaziland as well as the country’s overall economy.

However, contrary to the active work being done to improve infrastructure in Swaziland, the country has not seen much development in terms of official action being taken to strengthen governance and institutional capacity. But, in recent years, the country’s lawmakers have drafted plans that focus on bettering healthcare and the decentralization of hospitals in Swaziland.

The Swaziland Ministry of Health National Health Sector Strategic Plan, which was drafted for 2014 to 2018, has outlined some key procedures surrounding the improvement of responsiveness, sustainability and creating a distinctive organizational culture within Swaziland’s healthcare sector. These plans will be funded by the World Bank and the European Union, and are being led by the Health Partners Southern Africa, which will be working with the Health Information Systems Program, the Institute for Health Measurement as well as the Strategic Development Consultants. The hope is that the goals stated in these drafts will come into effect in the next few years.

While there is still a long way to go in terms of improving infrastructure in Swaziland, the country’s lawmakers are working with their economic resources to find ways to better the lives of their country’s inhabitants. With loans and foreign support, the hope is that Swaziland will acquire the means to reach its goal of becoming a first world country.