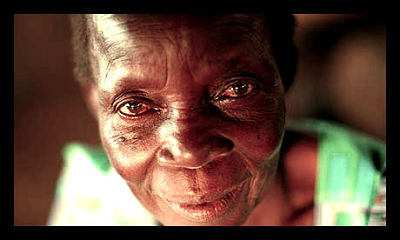 For the Afghani people, the prospect of living a long life has been a luxury afforded to very few. On the heels centuries of war, internal strife, and natural disasters, Afghanistan has faced many humanitarian crises. Due to its continued state of insecurity, true development has been perpetually stunted. As reported by UNICEF, Afghanistan currently possesses “450,000 internally displaced persons, 5.7 million refugees and at least 250,000 people affected by natural hazards or disasters every year.” With 43% of houses lacking improved water sources, soaring rates of child malnutrition, and severely lacking sanitation and immunization practices, the cumulative effect is a shortened lifespan.

This 6,704 sq mile country of Swaziland is bordered by South Africa and Mozambique. Due to HIV/AIDS, Swaziland has seen its average life expectancy actually drop over the passed 10 years. According to UNICEF, “Two-thirds of Swazis live in poverty, most of them in rural areas. Nearly 40% are HIV-positive, giving Swaziland the highest HIV prevalence rate in the world.” With 27% living under the minimum level of dietary energy consumption and 50% lacking adequate iodized salt requirements, the basic health of the citizenry continues to be a source of humanitarian concern.

Similar to other sub-Saharan countries, Guinea-Bissau faces many health issues. Unlike Swaziland and South Africa, however, Guinea-Bissau only faces a 1.8% HIV/AIDS infection rate. The major health concern, however, is malaria. Without adequate supplies of mosquito nets and medication, the disease has proven to be increasingly deadly. Contributing to this issue, Guinea-Bissau has seen a major drop-off in medical personnel. With approximately only five doctors per 100,000 persons, getting medical attention is a luxury very few are afforded.

It may come as a surprise to many that South Africa holds such a high place on this list, as it developed rapidly since the end of apartheid in 1994. However, South Africa still faces a continuing humanitarian crisis. For South Africa, the main concerns are disease rather than hunger. For travelers visiting the country, the Center for Disease Control recommends the following immunizations: measles-mumps-rubella, diphtheria-pertussis-tetanus, chickenpox, flu shot, hepatitis A, typhoid, hepatitis B, malaria, and rabies. In addition,. According to the South African Government, the total number of persons living with HIV in South Africa increased from an estimated 4.21 million in 2001 to 5.38 million by 2011. An estimated 10.6% of the total population is HIV positive  and 17.30% of adults between the ages of 15 and 49 are infected.

Topping off this list, according to 2013 estimates, Chad has the lowest life expectancy rate of the 223 nations surveyed. Among the issues facing Chad, concerns are only exacerbated by the massive refugee influx from neighboring Sudan. According to UN statistics, “In 2012 Chad hosted some 288,700 refugees from Sudan, 56,700 from the Central African Republic (CAR), 90,000 internally displaced persons (IDPs), 91,000 returned IDPs and 550 urban refugees and asylum-seekers.” With an estimated 2 million facing crippling malnutrition due to a volatile climate, compounded by poor health conditions in refugee camps, the overall health of Chad remains a dire humanitarian crisis.