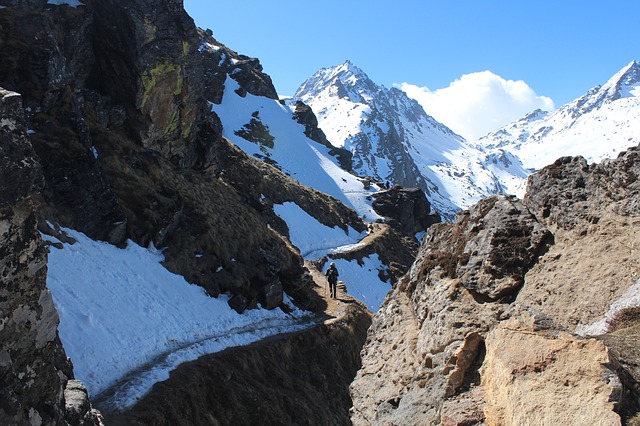 Nepal’s landscape is shaped by the Himalayas, which run along the country. The snow mountains and blue skies are recurrent pictures in the land. These geographic conditions divide the country into three different regions: the plains, the elevated flatland and hills and the mountain region.

Infrastructure in Nepal is also shaped by these features, with gaps in infrastructure between the plains and the mountains. In some areas, it is difficult to build roads and provide citizens with basic services such as electricity and water.

These gaps are visible in water infrastructure. For instance, only 83 percent of the population in Nepal has access to basic water services. Even though most Nepalese have water access, the quality of water varies by region.

Terai, located in the plains, has good water access but in the Western hills region sanitation is the principal concern. Only 16 percent of Nepalese have access to higher/medium quality water service, a percentage which shows the main problem with water infrastructure in the country.

Regarding electricity, only 76 percent of the population has access to energy. The electrical power infrastructure has not improved since 2002. In addition, Nepal faces 18 hours’ load shedding a day, which means that energy generators have to be shut down in order to prevent malfunctions of the power system.

Communications infrastructure also has gaps between the plains and mountain regions. More than 60 percent of the road network in Nepal is concentrated in the lowland areas of the country, specifically in Terai. There are 29,031 km of roads, 53 percent of which are paved roads, and 1,952 bridges in the South Asian country.

This situation affects the Nepali industry and economy. In this way, Nepal’s infrastructure depicts a dual problem. Whereas just 20 percent of Nepal’s population lives in urban areas, Nepal also has the fastest urbanizing indicators with a growth rate of five percent on average since the 1970’s. With these parameters, Nepal has to start to improve its infrastructure in order to improve urbanization in most of the country’s regions.

The infrastructure of Nepal was impacted by an earthquake that occurred in 2015. Around eight million people were affected and 250,000 houses damaged. Despite that, Nepal’s government and the private sector are working to relieve infrastructure in Nepal.

Government capital expenditures in infrastructure have exceeded four percent of Nepali GDP since 2015. This money has gone towards water, communication, transportation and electricity infrastructure.

International organizations are providing assistance to Nepal as well. Since the 1970’s the World Bank has founded 12 road projects and recently it has developed the Road Maintenance Groups (RMG) program that employs local Nepalese labor in road infrastructure tasks.

With these advances, Nepal looks to the future. With growing urban areas in the country, infrastructure in Nepal has to reduce the gaps it has in the mountains regions, where access is difficult. However, the government, the private sector and international organizations are all contributing money to the country in order to boost infrastructure in Nepal’s three regions.