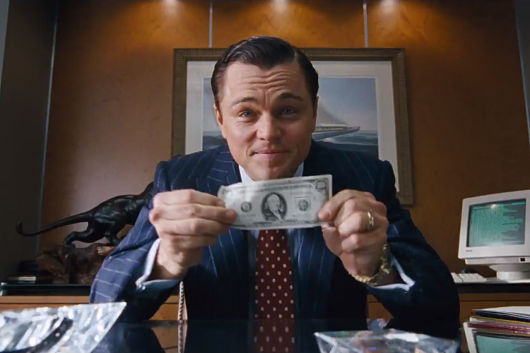 What do poverty, inequality and economic flexibility have to do with each other? Well, according to a recent report co-authored by consulting firm KPMG and economic think-tank Oxford Economics, these three things are intimately intertwined. The report, called the Change Readiness Index (CRI), ranks 127 countries in order of their ability to resist economic shocks, natural disasters and social unrest. The report measures several indicators such as macroeconomic stability, ease of doing business and rule of law, which reveal the effects that inequality tends to have on each country’s society.

Inequality has traditionally been seen as a by-product of developmental challenges which would disappear with increased growth and poverty reduction efforts. However, inequality is increasingly seen as a problem unto itself which needs to be the focus of international initiatives as the Millennium Development Goals expire. This is because increased economic growth isn’t necessarily evenly dispersed, leaving those at the bottom of the economic ladder behind. Thus, poverty reduction needs to be combined with a more equitable distribution of resources to be effective.

There are certainly ethical and social reasons to favor a more economically equal development model. Societies that have lesser income disparities tend to be more socially and politically stable, and have much lower rates of poverty. However, there are also significant economic reasons why inequality reduction is a pathway to poverty reduction. Simply put, economic inequality and poverty are bad for business.

The big-picture macroeconomics of inequality warrants an explanation.

Plainly put, extreme income inequality, such as the kind found in Sub-Saharan Africa and South Asia, cause economic inefficiency. The relatively wealthy tend to save a much higher proportion of their income than the poor. In order to grow economically, a society must have robust rates of consumption. However, if most of the wealth of a country is owned by a very small percentage of its population, that wealth is saved, not spent. These savings are then invested by individuals and financial institutions.

In recent history, excess savings have fueled speculative investments, exacerbating asset price collapses like real estate bubbles, such as the ones that occurred in Spain, Ireland and the U.S. during the 2008 economic crisis. Furthermore, if consumption rates are low due to excess savings, the central bank of a country may lower interest rates to increase the availability of credit, which can further fuel speculative investment. Inequality peaked just prior to the Great Depression of the 1930s and the 2008 financial crisis, contributing to the underlying economic instability which caused those events.

Instead, if the wealth is more evenly distributed among the lower income earners of a society, who spend much more of their income, consumption goes way up. Thus, the poorest individuals, if they are empowered through greater income equality, may drive consumption, opening up new markets and creating increased economic growth.

So, how would income equality be implemented as a pathway to poverty reduction? According to ActionAid, a U.K.-based poverty-reduction organization, one way would be to empower women in the developing world. Up to 60 percent of the world’s poor are women, and only about half of them participate actively in the labor force. If developing societies became more inclusive of women in the labor market, they would represent a huge capacity to work, earn and spend, driving economic growth. This economic growth would act as a positive feedback mechanism, further increasing economic opportunity and pulling people out of poverty.

Something that the Change Readiness Index reveals is that the countries which have the highest levels of inequality also tend to have more persistent levels of poverty despite growth, and tend to have far less spending on public goods like healthcare and education, which are instrumental in reducing poverty. One example is Nigeria, where incredible oil wealth has reached only a tiny portion of the population, and social, political and economic instability abounds. Oil revenues tend to elude taxation, which limits funds available for public spending. Furthermore, Nigeria ranked 90 out of 127 on the CRI and 79 out of 86 countries in the OECD Social Institutions and Gender Index, which measures gender inequality, revealing the link between disparities in income and the participation of women in economic and political life.

As the Millennium Development Goals expire this year, policy makers are increasingly sensitive to the importance of reducing inequality as a pathway to reducing poverty. In 2013, the U.N. published a comprehensive report on global inequality acknowledging it as the greatest barrier to poverty reduction, emphasizing solutions such as the economic and political inclusion of marginalized groups such as women.

Furthermore, 90 economists, academics and development experts recently submitted a letter to Dr. Homi Kharas, leader of the panel on the post-2015 development agenda for the United Nations. The letter urged increased emphasis on reducing inequality as a set of Sustainable Development Goals are being crafted to replace the Millennium Development Goals.

Prominent economist Joseph Stiglitz suggests a Sustainable Development Goal on inequality which follows the style and spirit of the original eight Millennium Development Goals. The goal consists of two targets; by 2030, reducing “extreme income inequalities in all countries such that the post-tax income of the top 10 percent is no more than the post-transfer income of the bottom 40 percent.” And by 2020, establishing a commission in each country which will track and report the effects of inequality.

It’s clear that inequality needs to be a top priority to achieve effective poverty reduction in the next 30 years. Not only could income equality pull millions out of poverty, it could also open up new markets and be the new driver of global economic growth.