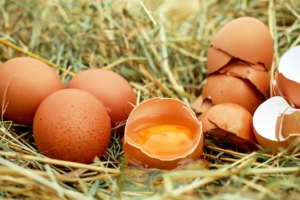 India runs one of the largest and oldest government-provided elementary school meal programs in the world. It provides the main meal of the day for about 120 million of the country’s most impoverished children.

In the past ten years, the country’s economy has improved, creating a new middle class and a league of millionaires. Yet according to the Food and Agriculture Organization, India continues to have more than 195 million chronically malnourished people—the world’s highest amount.

In late May 2015, however, the chief minister of Madhya Pradesh, Shivrai Chouhan, publically announced that eggs were not allowed to be served in Indian meal programs in some tribal states. Instead, he suggested that bananas and milk be served.

Chouhan is an upper-class Hindu and a strict vegetarian. He says, “the body is meant to consume vegetarian food, which has everything the human body requires.”

In a country of 77 million, over 50 percent of children in India are underweight, undernourished and are in desperate need of better nutrition. A meal plan offering bananas and milk is not enough to offset the calories and nutrients lost due to living in poverty.

Health experts and activists are calling this a class issue, one where politics and religion are being fought over at the detriment of starving children. Dipa Sinha is an economist at the Center for Equity Studies in New Dehli. He explains that vegetarianism “is a very upper caste Hindu sentiment” linked to privilege and wealth.

Many lower caste Hindus, like those in tribal states, do not eat vegetarian diets and would eat eggs if they could only afford to. Christians and Muslims living in India also rely on meat. Dalit officials, a part of a lower caste, claim that the ban on eggs is upper caste Hindus trying to push Hindu principles unto lower caste Hindus and minorities.

This would not be the first time. In the past, Jains, a politically powerful group of vegetarian Hindus, successfully blocked eggs from meal programs in states such as Karnataka, Rajasthan and Gujarat. This is despite the fact that caste discrimination has been illegal for centuries.

Jean Dreze, a development economist, says that banning eggs from these programs is a “missed opportunity” to provide much-needed nutrition and encourage attendance. It has been shown that when eggs are served in schools in impoverished states, attendance increases as kids scramble for the rare source of protein.

“They are easy to procure locally, and storage and transportation aren’t a problem,” explains food rights activist Sachin Jain. “No…vegetarian food item is that good a source of protein.” A popular alternative, milk, comes with complications. Many times supplies dilute it and it is easy to contaminate. Plus, rural communities in India lack proper refrigeration, storage, and transportation methods for milk.

Jain explains, “I am a vegetarian. I have never touched an egg. But I have other sources of fat and protein…Tribals, Dalits, and other poor people don’t have these options. They can’t afford these things.” Eggs then become the perfect solution.