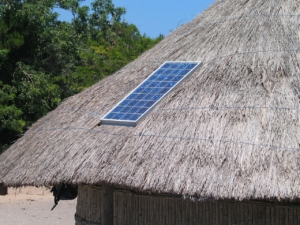 There is a strong case to be made for the hand-in-hand relationship between clean energy development and poverty reduction across the globe. Both causes deserve greater funding and attention because of the profound effects they will have on the future of the globe and generations to come. Economic incentive is important to ensuring that both causes move forward in strides.

Clean energy, or green energy, is providing populations with energy for heating, cooking, electronics and everything else that requires energy, but without polluting the atmosphere to aggravate more climate change or destroy environmental resources. Its importance will become increasingly more significant in the future as more environmental challenges arise. However, human foresight is often not the strength of political institutions, and there will likely be an abbreviated rush towards clean energy that ramps up exponentially in the future. In order to build up clean energy infrastructure and a clean energy supply, which most countries lack, a “new deal” will have to be enacted. Countries will need to invest heavily in the research and development of clean energy technologies while also putting into place clean energy infrastructure and facilities that will decrease dependence on oil.

The process of having many nations attempting switches to clean energy technologies in an effort to ease off of oil will have structural effects on the local and global economies. Currently, on the global scene, developed nations are responsible for about 80 percent of the world’s total energy usage. As developed nations begin to lean toward clean or green energies, they are focusing on strategies that could hurt developing nations. For example, carbon emission caps and some clean energy technologies that take up large patches of land have both been introduced by developed nations and criticized by developing nations. Many argue that large land grabs could have potentially poor consequences for agricultural workers pushed off the land and that carbon emission caps could stunt economic growth. But is there a silver lining to these possible downsides?

If developing nations are forced to confront the issue of green energy sooner rather than later, they may end up saving an incalculable sum of money by directly adopting cleaner energies instead of transitioning to oil and coal to meet growing energy demands, and then making another eventual switch to clean energies. Also, forcing developing nations to use clean energy could spur innovative manufacturing sectors. The switch to clean energies across the globe will prompt massive amounts of funding in new areas that will be able to revitalize economies across the world and create jobs for millions through construction, research and ripple effects.

Energy poverty is also an issue. The UN has goals of getting electricity to everyone by 2030. Right now, hundreds of millions of people go without energy like electricity, and a disproportionate number of them are women. Energy poverty is a problem that contributes to the vicious cycle of poverty because of the amount of labor and time that must go into collecting wood or other sources of energy for the family. Decreasing dependence on sources like oil and coal and adopting cleaner sources such as solar energy will help mitigate pressures on poor families that keep them poor, like energy poverty.

The impending growth of clean energies will be most beneficial to those in need possibly more than anyone else. There is enormous potential for leveraging the urgency and priority that both of these issues will take on in the future to create economic prosperity for many more countries and to slow down the catastrophic implications of climate change.

US to Increase Funding for Global Health Security Agenda No More Eggs for Indian Meal Programs?
Scroll to top