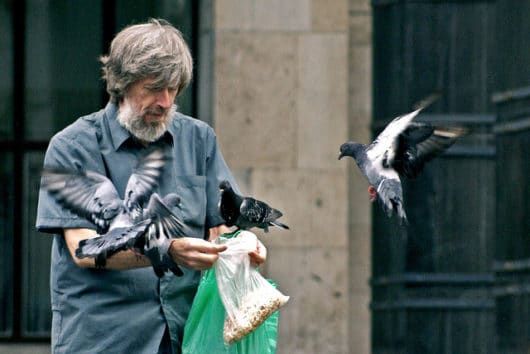 The life expectancy in Russia has risen to an average of 72 years. This is a great rise compared to the average of 57 years in 1994. The leading causes of death in Russia are heart disease, stroke, cancer, HIV/AIDS, and alcoholism.

The Drop in Life Expectancy in Russia During the 1990s

Russia’s life expectancy had unexpectedly dropped in the 1990s after the fall of the Soviet Union. However, the government turned it around at a quick rate and brought life expectancy back up. A study into life expectancy in the ’90s reports that the main causes for the drop were poor healthcare, economic and social instability and depression that developed in citizens during that period.

In 1992, the poverty rate was 34 percent. With the drastic change of political atmosphere and depression, alcoholism and suicide rates also rose in the 1990s post-Soviet Russia. At the same time, wages fell for most of the ’90s and only began to climb again after the turn of the century.

With the turn-around of the economy, a new government leader and various other improvements, the life expectancy increased. Some people attribute this change to the leadership of Vladimir Putin, but it mostly comes from an overall change in the governmental rule.

The government, including Putin, does intend to increase the life expectancy further. The goal is to close the gap between men and women’s life expectancy rates. In Russia, men live almost more than a decade less than women. This is the highest degree of difference between genders in the world.

Women on an average live to the age of 80 while men barely hit 70. The lower rate for men comes from their high rate of alcoholism. Thirty-five percent of men in Russia drink more than 3 liters of vodka a week. Vodka is the cheapest alcohol in Russia and most readily available, as it is frequently produced in poor villages.

Because the demand for vodka is so prevalent, it is a booming industry that provides jobs and keeps some families out of extreme poverty. Unfortunately, this cycle benefits the people who get money but hurts the people who die because of their addictions. Due to this, it is hard to imagine the cycle will break anytime soon, especially since attempts to reform alcohol consumption in Russia has failed numerous times.

It is harder to deplete suicide rates, HIV/AIDS and cancer rates than it is to create a society that limits its alcohol intake. Alcoholism is supported as a way to cope with extreme poverty and harsh living conditions in Russia.

On the other hand, alcohol has been used as a means of political oppression in the country. As quoted by the Russian historian Zhores Medvedev in 1996: “This ‘opium for the masses’ [vodka] perhaps explains how Russian state property could be redistributed and state enterprises transferred into private ownership so rapidly without invoking any serious social unrest.”

When the outlook on alcoholism in Russia changes, then the life expectancy for men will increase. Though Vodka is not the most severe leading cause of death in Russia, it goes hand in hand with poverty and government action. Life expectancy in Russia has shown some improvement in recent years. However, it is important not to overlook those points that still need improvement.